The government said it condemned the murder "in the strongest possible terms" but has kept selling arms. 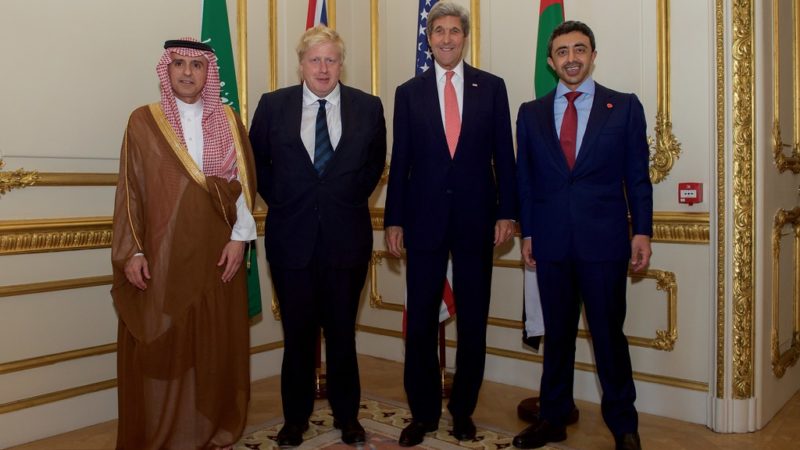 Newly released arms export statistics show that the UK Government licensed £648 million worth of arms to Saudi Arabia in the six months that followed the murder of Jamal Khashoggi.

At the time, the UK Government said that it condemned the murder “in the strongest possible terms.”

In these six months, Jeremy Hunt was Foreign Secretary and Greg Clark was the business secretary who ultimately approves arms export licenses.

These arms include £551 million worth of ML4 licences. This category includes grenades, bombs and missiles.

The Royal Saudi Air Force uses Paveway IV missiles which are made by an arms company called Raytheon in Glenrothes, Scotland.

Many of these weapons are likely to be used in the ongoing Saudi-led bombardment of Yemen.

Last month the Court of Appeal found that it was ‘irrational and therefore unlawful’ for the Government to have allowed the sale of UK-made arms to Saudi forces for use in Yemen without making at least some assessment as to whether or not past incidents amounted to breaches of International Humanitarian Law.

The Government was ordered not to approve any new licences and to retake the decisions on extant licences in a lawful manner.

“The Foreign Secretary said that he condemned the murder of Jamal Khashoggi in the strongest terms, but, in the months that followed, it was business as usual for the Government and the arms companies.

“At the same time as the Saudi regime was covering up his murder, ministers were approving hundreds of millions of pounds worth of arms sales.”

“UK-made weapons have played a devastating role in the bombing of Yemen.

“Tens of thousands of people have been killed and vital infrastructure has been destroyed. This destruction wouldn’t have been possible without the complicity and support of arms dealing governments like the UK.”

Labour, the Liberal Democrats, Scottish National Party and Green Party have called on the government to suspend arms sales to Saudi Arabia.