If a forest is destroyed and no one is there to see it, does anyone care? Investigative journalist Stephen Davis writes. 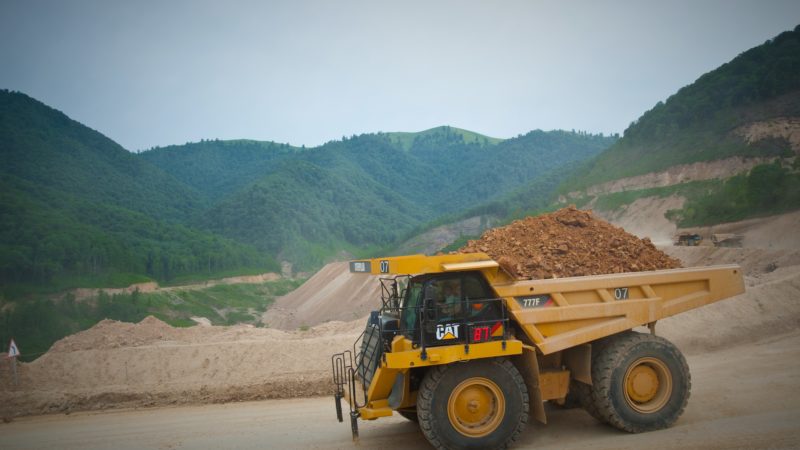 The guards were carrying pistols and clubs and looked ready to use them. They were barking out questions to the forestry service official that stood in front of them. What do you want? What are you doing here? Who are your companions?

I was standing a few feet behind the man from the forestry service and the guards kept looking in my direction. One of them had his hand on his gun.

We were at the entrance to a mine on a remote road in the Amazon in the late ’80s. The Insight team of the Sunday Times, of which I was a member, were investigating the destruction of the world’s rainforests for minerals and timber. We had been tipped off that BP, the oil giant, owned a mining operation that was damaging the rainforest. But we did not know where the mine was.

The Amazon rainforest covers nearly seven million square kilometres (2.7 million square miles), which is bigger than the European Union. Finding a needle in a haystack might be simpler.

In Brazil, I found Mauro Leonel, an environmentalist, who was investigating the damage done to indigenous populations from roads built through the rainforests. One of the areas he studied was Rondonia, a source of cassiterite, the ore used to produce tin. We knew the BP operation was mining for tin and Rondonia seemed like a good place to start. I went to Porto Velho, the state capital, which involved three bumpy plane rides.

I was finally able to confirm that the Santa Barbara mine, in the Jamari National Forest, was owned by a BP subsidiary. A group of forestry service men agreed to take me there and try to talk their way past the guards using the cover story that it was an official inspection. I was dressed up as a forestry service worker. After a terrifying start, the bluff worked. We were waved through.

Inside the security cordon, verdant Amazonian rainforest was rapidly being transformed into a moonscape of cratered, opencast mines.

Signs of dying forest were everywhere, with some trees felled, others shrivelling under thick coatings of dust. The earth was scarred, cracked and dry. Clumps of burnt Brazil nut trees — protected under Brazilian law — stood silhouetted against the arid land. All else was bare and I easily imagined I was standing on the surface of the moon.

The devastation was being wrought by a British company which had embarked on a multimillion-pound advertising campaign to convince its western customers that conservation was its creed. BP was going green. The Sunday Times investigation was a clear threat to the company’s image.

In the aftermath of my story, rather than investigate the mining company, the Brazilian government went after the people who helped me. It is one of the most popular truth-suppression tactics, deployed many times in many countries. Western media companies will generally defend their journalists and deploy political, legal and financial resources to do so, but sources on the ground do not have that level of support.

The story generated a burst of interest in the rainforest but the forestry service officials were disciplined and their careers derailed. The mining operation carried on. Governments and corporations know that if they just wait long enough, the media will move on to the next big story.

Deforestation in Brazil is on the rise again, after many years of decline. Recent studies show a rise of 30 per cent in a 12-month period, a record. In 2018, Brazil’s supreme court upheld a new law that reduced some of the protections for the rainforest.

The Amazon rainforest is still the lung of the planet and home to millions of rare species of plants, birds and insects. It is still vital to our future but it is now an old story. We have moved on. Our love of the new is an important part of the toolkit of deception. Old stories are boring and who has time to follow all the facts?

This is an an extract from: Truthteller – An Investigative Reporter’s Journey Through the World of Truth Prevention, Fake News and Conspiracy Theories by Stephen Davis.

Pic: An example of mining in forests, via WikiMedia Commons.

2 Responses to “The BP Amazon scandal: How the media often miss the big environmental picture”