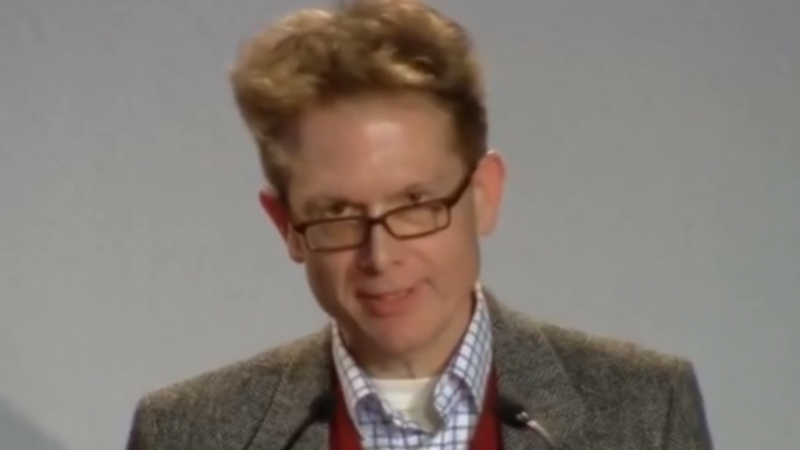 Staff and students at SOAS will stage a protest at the university today against the ‘extreme’ right-wing party Alternative für Deutschland (AfD), amid growing anger that a SOAS law lecturer is standing for the party in the forthcoming European elections.

Staff and students are enraged that SOAS academic Gunnar Beck is involved with a party that the University and College Union says is at ;clear odds with the university’s values of diversity and internationalism’.

A recent leaked report from Germany intelligence services noted that the AfD had recently fallen under the influence of a ‘racial-nationalist’ faction that believes in the ‘ethnic superiority’ of Germans.

“The AfD is an extreme right-wing, racist, anti-immigration party that has no place on UK campuses. We are shocked that a member of academic staff from SOAS could be involved with a party like this which stands for policies utterly incompatible with the values of diversity, tolerance and internationalism at the very heart of SOAS as an institution.”

Members of the School of Law at SOAS where Beck teaches have issued a statement saying they are vehemently opposed to the AfD and distance themselves entirely from those who support them.

Statement from members at the School of Law

We, members of the School of Law at SOAS University of London, are deeply dismayed that one of our colleagues, Gunnar Beck, is standing for election to the European Parliament as a candidate for the German party, Alternative für Deutschland (AfD). The AfD is widely recognised as a far-right, anti-immigrant, Islamophobic, and reactionary party.

“The AfD declares that Islam is foreign to Germany, seeks to ban manifestations of Islamic faith and attire, opposes immigration from Muslim countries, and generally opposes what a representative has called the “Islamization of the Western World”. The party and its supporters have organised demonstrations against immigrants.“

In January 2019 it was reported that “Germany’s domestic intelligence agency is to step up monitoring of the far-right Alternative for Germany (AfD) party for suspected extremism” and that “statements by AfD leaders have been condemned as encouraging neo-Nazi extremism”. The ultra-nationalism of the party is reflected in its rejection of the culture of “shame” over Nazi history and its call for a revival of national pride. Its election manifestos have proposed a myriad of reactionary laws and policies which could disadvantage disabled children, single parents, and other minority and marginalised groups.

We would like to express our vehement opposition to this party and its policies, and distance ourselves entirely from those who advocate and support them. We are appalled that one of our colleagues has chosen to associate with this party. We are speaking out because we recognise the importance of not being complicit in the normalisation of reactionary, right-wing populism. We regard the AfD’s views as utterly incompatible with our basic values of equality, acceptance, and non-discrimination, and with our commitment to ensure dignity and respect for all students and staff at SOAS.

Statement from the protest organisers

As members of the SOAS community–students, workers, and faculty–we strongly condemn Gunnar Beck’s candidacy for the European Parliament as a member of the ultra far-right Alternative fur Deutschland (AfD).

Dr Gunnar Beck is a reader in the Law Department and teaches courses on EU law and legal theory. He is believed to have been a member of the AfD since 2014. The AfD is known to be an anti-immigration, anti-refugee, sexist, homophobic, transphobic, Islamophobic, antisemitic, and climate-denying political party. Recently it proposed to shoot refugees at the border with live ammunition. It organizes openly with fascist and neo-Nazi groups.

‘Intellectuals’ like Gunnar Beck serve as the ‘respectable’ face of these movements to normalise their reactionary and violent agendas. The ultra-nationalism of the party is reflected in its rejection of the culture of ‘shame’ over Nazi history and its call for a revival of national pride.

We are a community of many nationalities and religions, languages and cultures, as well as sexual and gender identities. The AfD actively promotes hate and violence that targets members of our community, and we find it unacceptable that SOAS employs staff that endorse and forward this agenda. We refuse to be complicit…

Lets show our unconditional solidarity with every member of our community targeted by reactionary and fascist violence, and call for Gunnar Beck to be dismissed as well as a full explanation of the School’s role in facilitating his far-right politics. No platform for fascists! Beck OUT!

A spokesperson from SOAS said:

“We find the policies of the AfD on a range of matters to be abhorrent. They conflict with the fundamental values we hold as an institution. Those values are reflected in the actions we have taken and will continue to take, for example our active work on decolonisation and our path-breaking campaign to create Sanctuary Scholarships, supporting refugees and displaced persons.

“We recognise the anxiety caused to staff and students as a result of this situation. However, as an academic institution, we are committed to the rights of academic freedom of speech within the law, despite the painful choices to which it gives rise. We encourage members of our community to tackle these issues through robust debate.”

Gunnar Beck was also accused of exaggerating his academic credentials, with the German ballot paper listing him as a ‘Professor’, when he does not hold the title.

Information about the protest at 2pm on Friday is here.