Much of the Brexit coverage has been glorified gossip 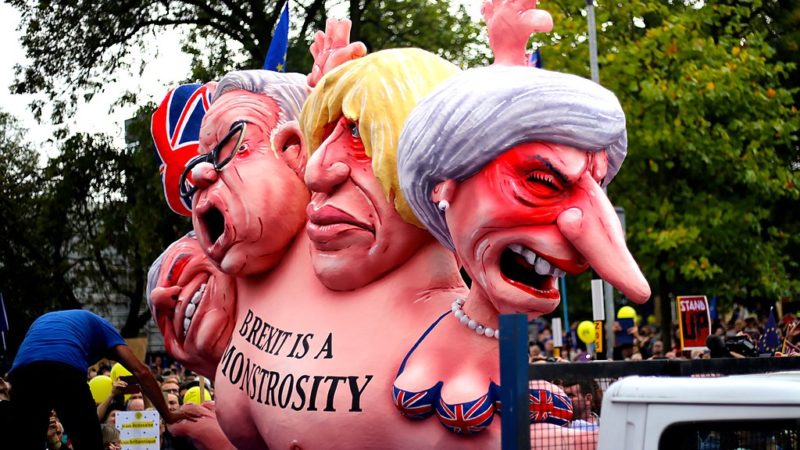 One of the most annoying elements of the coverage of Brexit is the total absence of any serious discussion of class, power or nation.

I don’t mean that I expect the BBC or the Times to offer rigorous Marxist analysis. But I would hope that there might be a basic understanding that different groups might have different interests, ideologies and levels of influence, and that these would shape the outcome.

Some of this frustration comes from the repetition of the idea that Leave was delivered by working class voters in the North of England.

Whilst of course these areas exist and are important, Brexit was, if anything, a revolution led by the middle class, and the South.

We get an endless string of reports from a much pathologised Stoke on Trent, yet we rarely see journalists touring places like Maidstone in Kent (Leave vote, 58%) analysing why so much of the stockbroker belt hates the EU, nor what they hope to get from Brexit now.

Similarly, much of the coverage of the Brexit negotiations has been glorified gossip, built on the premise that decisions will be made ‘in the room’, in Westminster, when any good political operator understands that that’s never how things really work.

And if we must focus on political personality, then it’s been clear from the outset that the most powerful players in this game are Angela Merkel and Donald Trump, with an increasingly marginal Britain torn between two of the world’s three great power blocks (while China quietly buys us all up).

Yet Trump’s demands for a Hard Brexit were largely written off as another gaffe, a political game-show, rather than a serious indication of intent, while Merkel is painted as a pantomime character, rather than understood through the frame of the forces that shape her.

At openDemocracy, we’re only small, and we don’t pretend to do all, or even most, of the work that there is to be done on Brexit. But I am proud that, over the last three years, we have taken a different approach.

During the referendum, our founder, Anthony Barnett, wrote a ‘book’, live on the site: “Blimey, it could be Brexit”. It was a privilege to talk with Anthony daily about the forces shaping the process – and to force him to come to Doncaster with me (before it became a cliché!).

After it was indeed Brexit, he developed the ideas into an actual book “the Lure of Greatness”, which argues powerfully that Brexit is an English and a constitutional crisis, and can only be understood as such.

It was described by Fintan O’Toole in the Irish Times as “the best book about Brexit so far”, and got similar reviews in the Scottish press.

Appropriately, the English media – which has never been able to understand a problem in which it plays a major part – ignored it.

Immediately after the referendum, I applied to the Polden Puckham foundation for a grant to investigate how big business would try to influence the negotiation process – from the specific perspective of the environment.

They agreed to give us a grant, and this paid for monthly columns from Brendan Montague and Amy Hall, who have uncovered a string of worrying stories about who is and who isn’t getting their way in the Brexit process – not from the normal perspective of gossip and nationalism; in which people and countries are getting their way, but by asking which industries and lobby groups are shaping the process.

The same grant also paid for my time scratching an itch I’d had since the referendum – when I’d run into two leave campaigners in Edinburgh, with posters paid for by the DUP.

Working with Peter Geoghegan, who had also spotted this propaganda, and noticed the same funny smell, we broke the story of a secretive DUP donation.

The amazing things that revealed brought in more funding – both from readers, and from grant-makers, and allowed us to employ Peter full time, to take on Freedom of Information genius Jenna Corderoy and hire the services of wry Westminster hack Jim Cusick.

Together, we’ve been tracing another broad story: the secretive workings of the part of the ruling class that is pushing a very hard Brexit – that wants to pull Britain out of Europe’s regulated space, and into the American sphere.

All the while, much of the media has reported the idea of a hard Brexit as though everyone involved wants to avoid it. This ignores the fact that the White House, the nexus of powerful free market think tanks, the Sun and the organised right of the Parliamentary Conservative party is very keen on the idea.

This strand of work has allowed us to start thinking about who these groups are representing, and what their interests might be – something we’d love to see more debate about.

One phase of the Brexit process is coming to an end, and we’re entering the next one. With European elections in May, we’re going to know soon what that will look like. And as we do, I’m hoping that we can continue to trace the broad forces shaping our politics.

Adam Ramsay is the editor of Open Democracy UK