A series of auditing failures show it's time for major reform of the sector, argues Prem Sikka in a new report for the Labour Party. 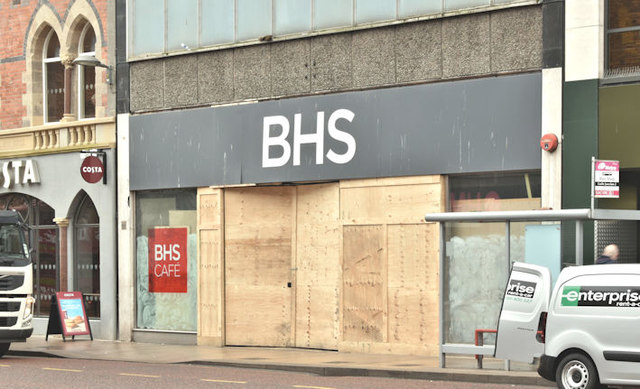 The auditing industry has long been dysfunctional and is in disarray. Auditors are supposed to report on a company’s financial health but have preferred silence. The consequences for people have been disastrous.

Today, a report for the Labour Party – commissioned by Shadow Chancellor John McDonnell and co-authored by myself and others – calls for a series of major reforms of the auditing industry.

Carillion was an avoidable scandal. But it resulted in the loss of 19,500 jobs. Its pension scheme deficit of £2.6 billion will force current and former employees to lose some of their pension rights. And some 30,000 SMEs will lose £7 billion owed to them.

All of these entities were audited by one of the big four accounting firms – PricewaterhouseCoopers (PwC), Deloitte, Ernst & Young and KPMG.

Auditors are permitted to use audit as a platform for selling a variety of consultancy services – and they end-up auditing the transactions they themselves have created. As a result, they have no independence from company directors who effectively hire, pay and fire them.

By all measures, audit quality is poor and the audit industry has done little to check its failures. The big four dominate the auditing industry, especially at the top-end where they audit 340 of the FTSE 350 companies.

The UK has had a financial sector crisis in every decade since the 1970s. The mid-1970s banking crash exposed woeful audit practices and the same happened again at Johnson Matthey, Barlow Clowes, Bank of Credit and Commerce International (BCCI), Barings, Equitable Life, Independent Insurance and elsewhere.

Then came the 2007-08 crash and auditors were once again asleep on job and mired in conflict of interests. The auditing regulator, the Financial Reporting Council, failed to investigate audit failures. We cannot afford another financial crash – and it is time to change the auditing arrangements for banks, building society and insurance companies.

The change we need

The reforms proposed this week include a requirement that auditors of large companies must act exclusively as auditors – i.e. their only business should be to provide audits. They would not be permitted to sell any consultancy service to audit clients, creating a conflict of interest.

That means the firms will need to be restructured. To free auditors from fee dependency on companies and their directors, the report recommends that auditors be appointed and remunerated by an independent body.

This is very similar to the rules of the Audit Commission and its current replacement Public Sector Audit Appointments (PSAA) Limited, which appoints auditors to principal local authorities and a number of public bodies. The independent body will levy a charge upon companies to pay audit fees.

To break the stranglehold of the big four firms on the audit market and with it their capacity to capture regulators, the report recommends that all large companies should have joint audits i.e. two firms. This system is common in France and enables mid-tier firms to enter the top-end of the market. This would also reduce turbulence if one of the big firms withdraws from the market because of bankruptcy of any other reason.

To ensure that big firms do not collude – and there is a history of collusion to maintain their domination – their share of FTSE350 audits shall be capped at 50%.

The finance sector in particular is in need of a new statutory auditor, working closely with the financial sector regulators.

Anyone selling crisps or sweets has to ensure that the product is fit for purpose and will not injure the public. None of these considerations apply to auditors and the auditing industry has shown no inclination to embrace responsibility routinely accepted in most other fields.

It is almost impossible for any individual stakeholder to secure redress from auditors even when they admit negligence. A major reason for this state of affairs is that auditors owe a ‘duty of care’ to the company only and not to wider stakeholders. This does not incentivise auditors to improve the quality of audits.

It’s time for stakeholders to be empowered so that the firms and partners have to face the consequences of their failures.

We are well aware that our reforms will be opposed by the big firms who have continued to delivering poor audits for mega fees. However, they know that society cannot continue to bear the cost of their failures.