"If we want an economy that really works for the many, we need stronger unions" 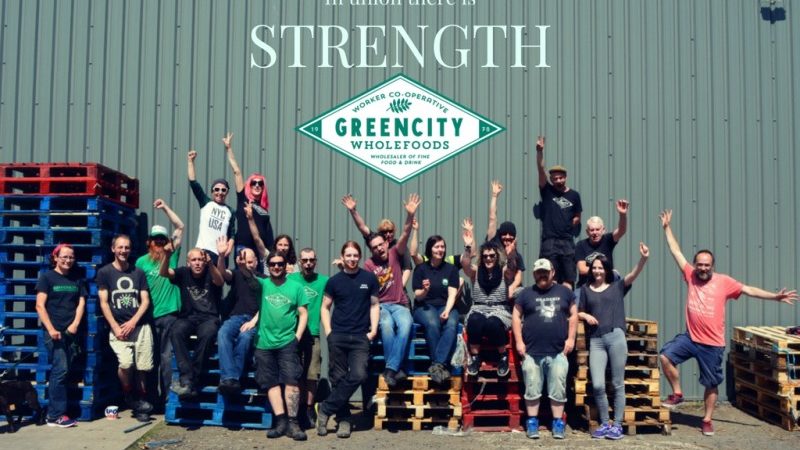 There is a growing consensus that our economic model is broken. In the final report of the IPPR Commission on Economic Justice – launched yesterday – we show that growth is no longer feeding through to rising living standards, and we show that while the employment rate is at a record high, far too many people are stuck in insecure, unfulfilling, and low-paid work.

In the report, we call for a transformation of our economic model – of the type we have only seen twice in a century – in order to deliver prosperity and justice. Key to this is a stronger role for trade unions.

Over the last four decades, the number of workers in trade unions has fallen by half. The proportion of workers covered by collective bargaining – where pay, terms and conditions are negotiated and agreed between employers and worker representatives – has fallen by two thirds.

The fundamental purpose of a trade union is to aggregate the power of working people in order to help them win a fair share of the wealth that they generate. The decline in union membership and collective bargaining has led to a stark and growing power imbalance in the labour market, and to soaring inequality.

In our recent report on trade unions for the Commission, we showed that countries with higher collective bargaining coverage have lower inequality. We also demonstrated the link between union membership and inequality over time. In the sixty years running up to 1979, union membership doubled, and the share of income going to the top 1% fell by two thirds. Britain got fairer, and working people shared in economic growth. But in the four decades since, this has gone into reverse, with union membership halving, and the share of wealth going to the top 1% more than doubling. If we want to tackle inequality – the scourge of our times – we need to reverse the decline in the union movement.

The decline in trade union membership has been driven partly by changes in the structure of the economy associated with de-industrialisation. But it has also been due to a deliberate and ideologically driven assault on the union movement. Beginning with the Thatcher Government, and continuing with the recent Trade Union Act, we have seen the creation of a hostile environment for trade unions. It is time for this to be reversed.

Prosperity and Justice, the final report of the IPPR Commission on Economic Justice, calls for a revival in collective bargaining in order to tackle inequality.

It proposes a target of doubling the coverage of collective bargaining to 50 per cent. This should be delivered by through promoting sectoral collective bargaining in sectors characterised by low pay and low productivity to ensure that competition does not drive down wages and conditions.

In order to reverse the decline in membership, a ‘right of access’ should be introduced, enabling union officials to speak to workers in their workplaces about the benefits of joining. This should be accompanied by a ‘right to join’, requiring employers to inform workers of their right to join a union, and enabling them to opt in to membership on starting employment. And building on the success of auto-enrolment into workplace pensions, the Commission argues that the government should trial auto-enrolment into trade unions in the gig economy. This would mean that, on signing up to platforms in the gig economy, workers would be automatically enrolled as union members, unless they chose to opt out. This would tackle the atomisation of this exploited workforce, and help them push for better pay and conditions.

Finally, in order to help unions make the most of rapid advances in digital technology, the Commission proposes a WorkerTech Innovation Fund to support unions to develop innovative approaches to recruiting and organising workers. Overseen by the Trades Union Congress (TUC), the fund could be worth £10 million over five years, paid for by a surcharge on compensation payments paid by employers at employment tribunals.

There is nothing inevitable about the decline in union membership, and the state should not be agnostic about this trend. If we want to deliver prosperity and justice, if we want an economy that really works for the many, we need stronger unions.

Joe Dromey is a Senior Research Fellow at @IPPR. Follow the debate and give your views #EconomicJustice