The bankruptcy system in the UK is a wild west - meaning rich picking for the vultures circling at-risk firms. 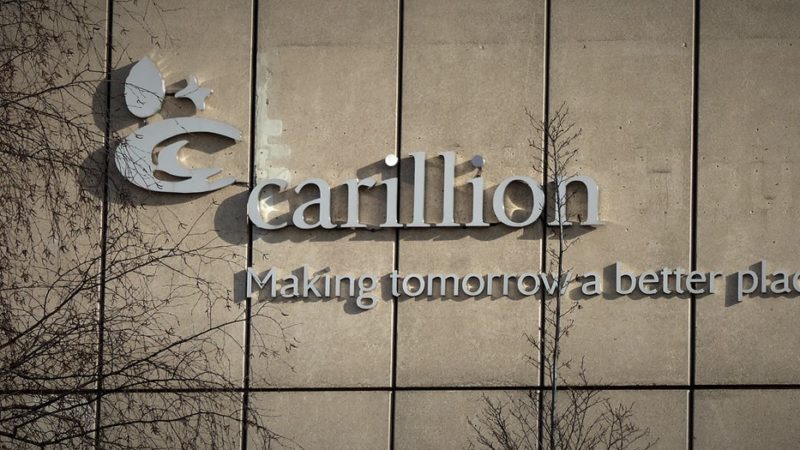 After years embroiled in conflict of interest scandals and facilitating tax dodging, accountants are under scrutiny for delivering poor audits. But it’s time our attention fell on the insolvency industry, too.

In common with external audits, the insolvency market is also reserved by the state for accountants (and a few lawyers). Conflict of interests, poor practices, regulation and accountability are the hallmarks of the insolvency industry – and it has long been mired in scandals.

There were 28,951 individual insolvencies and 3,918 corporate insolvencies in the quarter to June 2018. Misery for millions is good news for the 1,264 insolvency practitioners (IPs), as the law demands that they handle all personal and corporate bankruptcies. This will generate fees for years as some insolvencies can last for decades.

Nearly half of all IP operate from the big four accounting firms, and they handle all large bankruptcies. Their charge-out rates are enormous. This week, the Work and Pensions Committee released data showing that PwC partners are charging £1,156 per hour for handling the Carillion insolvency. Even a humble clerk can be charged out at the rate of £162 per hour.

PwC expects to collect £50m – and probably more – in fees from the Carillion collapse. Its charge-out rate is not exceptional and other big firms also charge similar hourly rates.

The fee bonanza among insolvency practitioners is shared by their business friends. Lawyers, valuers and sundry advisers also make millions from insolvency and they all send work to each other. The amounts collected by IPs and their advisers make a direct dent in anything that might be recovered by unsecured creditors – often the small and medium sized firms still owed money by collapsed giants.

Under the Enterprise Act 2002, secured creditors (usually banks) have the first claim on the amounts raised by the sale of bankrupts’ assets. This is followed by the expenses and fees of IPs, and then unsecured creditors.

The size of IPs’ fees erodes amounts that may be left for unsecured creditors, which includes suppliers, employees, HMRC and pension scheme members.

In 2017, unsecured creditors suffered losses of £4.2bn. Yet they have little say in the handling of insolvencies. They can’t see the IPs files and don’t even receive any prior notice of pre-pack administrations which enable directors, with IPs’ help, to quietly agree the sale of business assets to related parties, and to dump liabilities.

Unsecured creditors can do little about the excesses of the insolvency industry. Many bankrupt individuals and entrepreneurs do not have the resources to mount a legal challenge to IPs. There is no independent ombudsman to adjudicate on disputes. So predatory practices are not rooted out

They are in turn supposedly overseen by the Insolvency Service housed within the Department for Business, Energy and Industrial Strategy. But a multiplicity of regulators results in duplication, waste, obfuscation and buck-passing. These regulators have done nothing to promote competition.

Despite a budget of £66m and 1,565 staff, the Insolvency Service is yet to deliver its report on the 2016 collapse of BHS. Bankers crashed the economy but hardly any of the bank directors have been disqualified.

Last year the RPBs received 757 complaints against IPs – but not a single person was barred. Hardly any action is ever taken against partners of the big four accounting firms. The RPBs claim that they have independent assessors of complaints – a cruel joke, because they of course appoint and pay them.

Most complaints against IPs and RPBS are rejected. The Tomlinson Report, the Treasury Committee report on RBS’ treatment of small business customers in its Global Restructuring Group (GRG), and the Turnbull report on major misconduct in HBOS in 2007, show that banks deliberately put many individuals and small businesses into bankruptcy.

These scandals would have required active collusion from insolvency practitioners – but the RPBs did nothing to investigate.

Last year, the Insolvency Service upheld a complaint against the conduct of ACCA because “it was found that not all of the complaint had been seen by the independent assessor.” Another complaint was partially upheld against the ICAEW because of “concerns over the complainant’s ability to challenge the ICAEW decision on his complaint.”

Yet there is no public investigation of the regulatory sham: no fines or penalties on RPBs. The RPBs do not owe a ‘duty of care’ to stakeholders affected by their practices. They are also excluded from the scope of the Freedom of Information laws.

The insolvency industry is unfit for purpose and needs to be reformed and restructured. At the very minimum, there needs to be robust independent regulation, an ombudsman to investigate complaints, and an end to practices that enable directors to dump pension scheme and other liabilities without scrutiny.