Prospectors are eyeing up a shale reserve in South East England that could contain up to 19 billion barrels of oil. 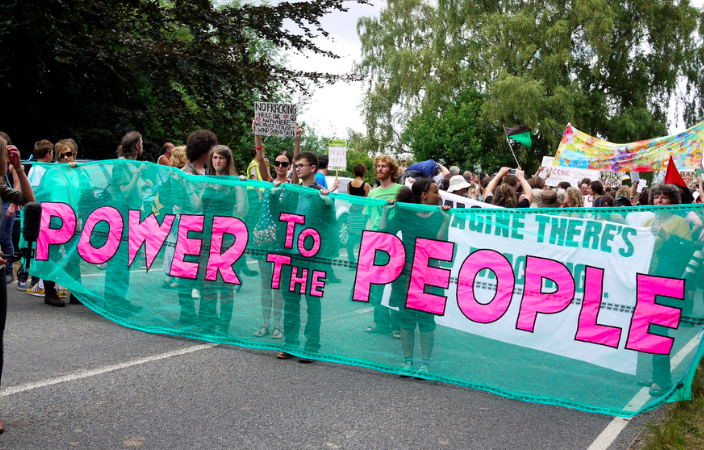 Up to 180,000 acres of rural and protected land in South East England are at risk from “a new oil rush”, investigators at Unearthed have revealed.

Companies including UK Oil and Gas Investments (UKOG), Cuadrilla, and Angus Energy are planning projects that could see thousands of shale oil wells drilled across the region over coming decades.

Oil and gas companies believe that the shale reservoir may contain up to 19 billion barrels of oil and plans are afoot for up to 16 drilling sites.

Swathes of the Surrey Hills and High Weald, the South Downs national park, and dozens of sites of special scientific interest could be affected by the plans.

Unearthed identified 16 oil licences in Sussex, Surrey and Hampshire, which – according to the companies that own them – could provide access to the Kimmeridge hybrid shale oil reservoir.

Up to 77,710 acres of South Downs national park could be threatened by drilling, along with 66 sites of special scientific interest.

A massive 47 per cent of the surface land above the oil reserve is made up of protected landscapes and habitats.

“This not only threatens our precious countryside, but is completely at odds with our obligations to tackle climate change. The government has said it would restrict fracking in protected areas.

“Using acid to dissolve rock to access shale reserves should be no different. It is cynical for the government to abandon protecting our national parks on a technicality.”

An exploratory oil well at Balcombe, West Sussex, was the site of large anti-drilling protests in 2012 – and a tough police response, with dozens of people arrested. And with Unearthed‘s revelations, it seems the South East may again see big protests.

You can sign Greenpeace’s petition against the oil drilling plans here.