There are a host of initiatives being launched across the city's nighttime economy where sexual violence is most prevalent, writes London Assembly Member Len Duvall. 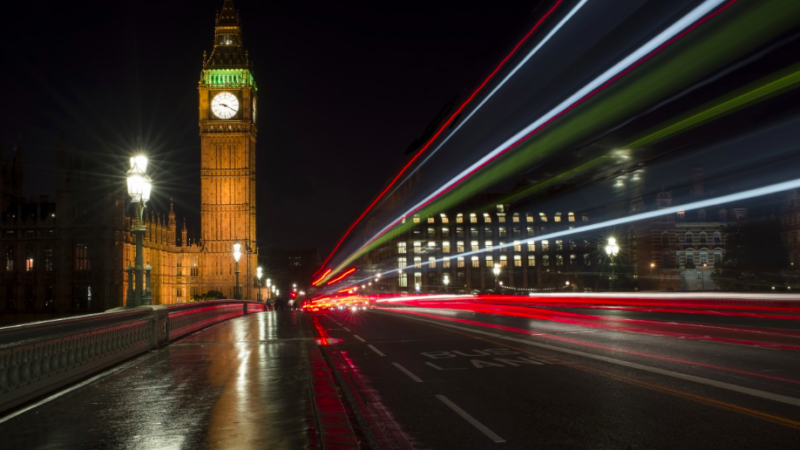 Protecting women’s safety must be a priority for any night time economy. The number of sexual attacks on women in London vindicates much more stringent action than that currently in place.

That’s why I am backing a campaign by one organisation to make licenses for late night venues conditional on a set of actions to prevent and tackle sexual assault and harassment.

The Her Centre are a charity based in Greenwich – in my constituency – providing free domestic and sexual violence advocacy, counselling, advice and training.

They are behind this campaign and they want to see licensing conditional on written policies for dealing with complaints of sexual harassment, as well as annual training for staff.

It’s an issue I raised with Sadiq Khan at this month’s Mayor’s Question Time and it was fantastic to hear the Mayor pledging to lobby the Government for something of this kind.

Introducing such conditions would, of course, necessitate legislative change and making that happen is no easy feat.

In the meantime, it is welcoming to see the Mayor set out proposals in his Violence Against Women and Girls (VAWG) Strategy for a Women’s Night Safety Charter that businesses should be able to sign up to in the coming year.

In doing so, they’ll voluntarily agree to a number of actions, including providing staff training, to boost women’s safety. You’d be hard pressed to find a stronger evidence base demonstrating the need for any such action.

Looking solely at the capital to begin with, we see that almost nine in 10 victims of sexual offences are female. On average, 11 women and girls are raped or sexually assaulted in each of London’s 32 boroughs every week.

That is utterly shameful. Statistics can also shadow the true horror of the events that lie behind them and the people affected.

So, let’s look at it this way – those 11 women might represent a mother, a grandmother, a daughter, a sister, a niece, an aunt, a friend, a neighbour, your doctor, your child’s teacher, your local shop assistant.

At the heart of it, they are human beings, with rights that should always be upheld. But that’s not happening. And it’s not just in London that the problem exists.

A national YouGov survey commissioned by the End Violence Against Women Coalition (EVAW) in 2016 found that almost two-thirds of women of all ages had experienced sexual harassment in public spaces.

More recent data from Drink Aware and YouGov showed that incidents of sexual harassment and assault happen at a startling rate in the night time economy.

Almost three-quarters of men and women aged 18-24 who drink in bars, clubs or pubs, said they had seen sexual harassment on a night out.

Depressingly, 79% of women said they expected inappropriate comments, touching and behaviour to take place when they went out – either to themselves or to their female friends.

For some, that concern becomes a harrowing reality, with nearly two-thirds (63%) of women and a quarter (26%) of men saying that they had been on the receiving end of some form of sexual harassment themselves.

It’s difficult to draw cause and effect between alcohol and sexual assaults. Office for National Statistics (ONS) data showed that over a third of victims of sexual offences say that the offender(s) was under the influence of alcohol.

Yet the vast majority of people visiting London’s bars, pubs and clubs are decent, law-abiding citizens who remain that way when they’ve had a drink.

Alcohol is not the primary problem here. Instead, blame must be laid firmly at the feet of the perpetrator, who shouldn’t be allowed to attribute their despicable behaviour to having had a few too many pints.

Yet, whatever the cause, as the evidence shows, these assaults are happening in late night venues and it’s time to share some of the responsibility for putting a stop to that.

The Mayor’s Night Czar, Amy Lame, is ahead of the curve on this issue with her plans to establish a Women’s Night Safety Charter, likely come to fruition this year.

The Charter will go some way to addressing the Her Centre’s campaign. Businesses signing up to the Charter will commit to a set of standards aimed at preventing harassment and wider forms of violence against women and girls.

It also establishes that the licensed premises industry should have “appropriately trained staff, who are proactive and vigilant around women’s safety” and sets an obligation to report incidences to the police.

Whilst the Charter is entirely commendable in its content, its limitations lie in its status as ‘voluntary’. There is no obligation on businesses to sign up.

This is no fault of the Mayor, it just comes down to the simple fact that you can’t force the hand of any organisation without the strength of the law there to back you up.

And so, it falls to decision makers in Westminster to take up the baton and drive through legislative change. One of the tools we have to hand when making those representations is proof that these kinds of provisions can be effective.

The Met already has in place its ‘Ask for Angela’ initiative. Women who feel threatened or unsafe whilst on a date or a night out in the capital can alert a member of staff by asking for ‘Angela’.

It’s a fantastic initiative but one that would be significantly strengthened if, as the Her Centre advocates, staff have undergone the necessary training so that they know how best to respond to any such reports.

What the Her Centre, the Mayor, and I are advocating is not the reinvention of the wheel. Many decent establishments are already doing their best to within the scope of the tools available to them to protect women.

Yet we need to strengthen their hand and move others to follow suit. That will only happen with bolstered licensing conditions. So, HM Government, it’s over to you to make the legislative reform needed for that to happen.

Len Duvall AM is Labour’s Leader on the London Assembly and tweets here.