He comes to lead the party with a long history of anti-Muslim views and associations. 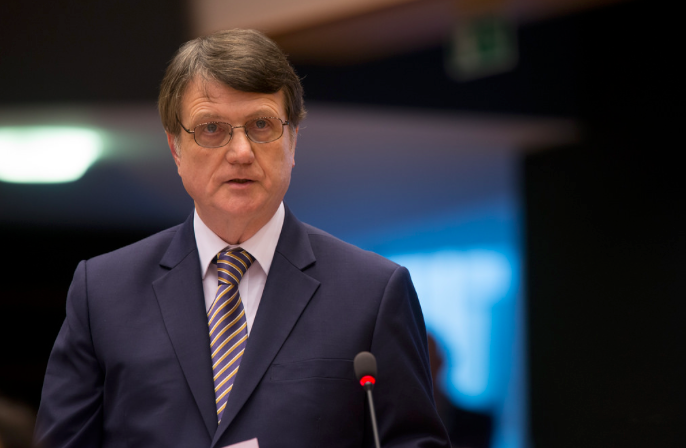 Following reports of Henry Bolton’s relationship with Jo Marney, a party activist who was discovered to have had sent racist and offensive text messages, Batten took over as party head on Saturday where an emergency general meeting of UKIP members called for Bolton’s removal.

The mainstream press was quick to note the controversy around him calling Islam ‘Mohammedanism’ and ‘a death cult’, which will certainly damage his chances at running for the position permanently. Let’s examine what else he’s said and done:

Batten was a speaker at the CounterJihad conference in Brussels in 2007 where over 70 Islamophobic organisations and individuals stood together to launch the CounterJihad Europa network, which seeks to end the supposed Islamisation of Europe.

The conference and network were purely propagandist platforms intended to spread lies and misinformation about Islam and Muslims to gain power.

Among various right-wing and far-right politicians were these propagandists, including Richard Spencer, writer for the Jihad Watch website.

In 2013 the UK Home Office banned Spencer from entering the UK for making statements that fostered hatred and violence.

Furthermore, Batten is friends with many white supremacists and European neo-Nazis and has previously attended public demonstrations with them.

Batten has previously aided the anti-Muslim “Stop Islamisation of Europe” (SIOE) organisation. He once delivered a petition on behalf of SIOE head Anders Gravers to the mayor of Brussels. SIOE is part of Robert Spencer’s SION (“Stop Islamization of Nations”) organisation.

Although he may appear as a working-class ‘man of the people’, he is nothing further than a popular and reactionary tool of fringe right-wing writers – a corrupt extremist who will advance a vicious, Islamophobic agenda.

The void generated by his Party by seven successive leaders in recent months has created a window of opportunity for Battern as he can gain the membership but will fail to ensnare voters.

Many of his schemes in his ‘UKIP: The Way Forward’ pamphlet outline his vision to prevent the party from internal and electoral destruction.

Actions such as reviving the ‘£’ logo will reverberate with UKIP veterans while his racist immigration and Brexit policies will draw in the far-right individuals Battern is so familiar with.

Perhaps Battern should run for leader after his 90 days are up. I would enjoy watching UKIP crumble from its tenacity yet further. The single-issue nature of their party helps us identify that UKIP’s appeal for relevance has big-wigs in the party contending for power. It’s no surprise there’s murmurs of Nigel Farage starting a new party.