We need a new vocabulary of commerce that recognises the role of workers and society in business, not simply profit. 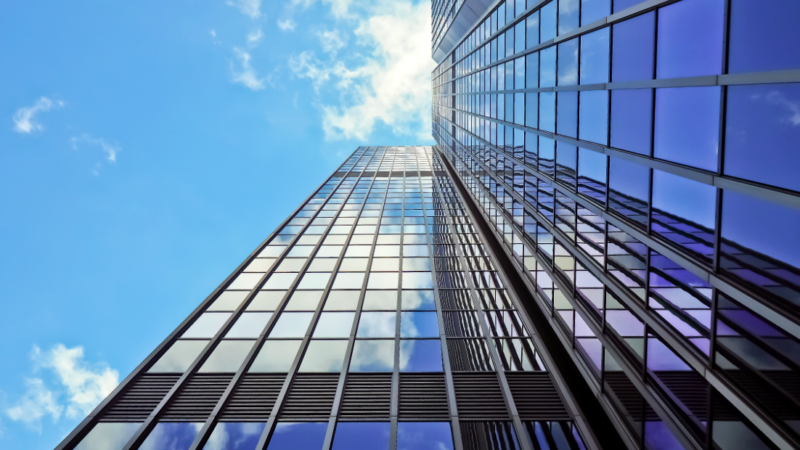 There is a never ending squeeze on workers’ wages and their share of gross domestic product (GDP) has shrunk to 49.3% in 2017, compared to from 65.1% in 1976. The average worker of today is less likely to own a home or put away enough money for a decent pension.

And there seems to be little relief around the corner. Last week, the Institute for Fiscal studies (IFS) said that in coming years artificial intelligence will further squeeze workers’ wages, especially for those at the bottom of the economic tree.

The state’s ability to redistribute wealth is increasingly constrained by neoliberal ideologies. A survey of economic scene shows that in 2016, the United Kingdom had a tax-to-GDP ratio of 33.2% compared with the OECD average of 34.3%.

At the same time, record dividends have been extracted by shareholders from companies. Andrew Haldane, the Bank of England’s chief economist, said that in 1970, £10 out of each £100 of profits were typically paid to shareholders through dividends, but by 2015 figure was between £60 and £70.

What’s to be done? We need action at multiple fronts. One of these is to transform the language used to discuss business matters.

The above skewed distribution of income/wealth is legitimised by the claim that paying a decent wage to workers increases ‘costs’ and reduces the return received by shareholders. Such logic is embedded within accounting practices.

In accounting circles, payment to workers in the form of wages is categorised as a ‘cost’ or a burden. The same logic is also applied to the payment of taxes to society.

The self-selecting contemporary response to business issues is that costs or burdens ought to be reduced or even eliminated.

These negative connotations legitimise the view that wages and taxes should be reduced even though one organisation’s cost is someone else’s income and their reduction erodes the purchasing power available to the people and will ultimately hit corporations too.

The payments of dividends to shareholders also results in cash flowing out of a company, but these are considered to be rewards rather than costs or burdens.

Numerous accounting text-books advise management on how to reduce the amounts paid to labour without any consideration of the impact on social stability or families of the workers. Armies of accountants are available to help companies dodge taxes and reduce costs.

Big four accounting firms have long been behind almost half of all known tax avoidance schemes and lubricate their trade with claims that they are helping businesses to reduce costs.

There are no mainstream books which make a case for reducing returns to shareholders and no accounting firm is known to offer such consultancy.

There above skewed state of affairs is the outcome of institutional practices and can be contested and changed. We can look at economic activity in a different way.

All wealth generation is the outcome of co-operation between varieties of stakeholders who add value.

Finance may be provided by shareholders and creditors; labour or human capital is provided by workers and society provides social capital in the forms of security, healthcare, pensions, education, a legal system and much more.

In turn, each stakeholder expects an equitable share of the wealth created. This formulation abandons the notion that payment of wages or taxes is somehow a cost, a burden or a negative practice.

Instead, the emphasis shifts to adding value i.e. increasing the size of the cake rather than profits for shareholders. The proportion of the value added secured by each group depends on negotiations, bargaining and power that it can muster.

The logic of current accounting language and practices are loaded against workers. They encourage companies to dodge taxes. The partisan language of accounting is repeated ad infinitum by journalists.

It has been internalised by trade unions and workers and they continue to (re)affirm the very logic of discourses that impoverish workers. They could learn from history and develop radically new languages to transform the social arrangements.

There is a long history of challenging the dominant discourses embedded within everyday language. For example, the US civil rights movement subverted the historical articulations of the word ‘black’ and its association with backward, negative and undesirable to ‘black is beautiful’ and built on the discourse of equality, freedom and democracy.

Similarly, feminists contested the discourses which portrayed women as weak and less capable and redefined the meanings of personal and sexuality. Such contestations transformed the lives of millions of people.

The same revolution is yet to inform corporate governance and financial reporting by companies. Trade unions and a reinvigorating Labour Party should play a leading part in developing languages and practices to enable workers to secure an equitable share of wealth.