Theresa May must take responsibility for her actions as home secretary 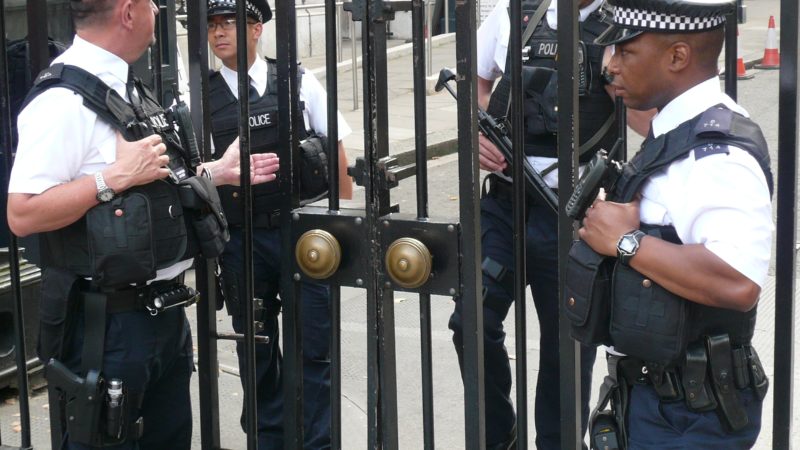 On Saturday the police could not have acted more quickly. Within eight minutes of receiving calls about the barbaric terrorist attacks on London Bridge and in Borough Market, they had identified and taken out those responsible for the callous and senseless murders.

That they acted swiftly and with the utmost professionalism is beyond doubt. What we must ask ourselves however is what more can be done to ensure they have the support they need faced with such high numbers of plots to do damage to the UK and its way of life.

That the police in London were efficient is beyond doubt. But as Yvette Cooper, Chair of the Home Affairs Select Committee in the last Parliament has noted, how do cuts to police numbers and armed officers impact outside of London?

What then are the figures?

A briefing published in October last year by the independent and respected House of Commons Library noted that in England and Wales, since 2010, ‘police officer strength has reduced by 19,668 — a 14 per cent fall.’

But does this all matter?

Perhaps the best piece this morning is an article in the Independent by a serving firearms officer who has preferred to remain anonymous. They write:

“Police officers embedded in the community, there to help, there to listen, there to understand the community they serve. It is in the community where the best intelligence is learnt and gathered, from the people who notice a change in behaviour of their friends and neighbours, allowing early intervention and monitoring.

“Theresa May’s cuts have removed these officers from the streets. The intelligence they brought in through local knowledge and community engagement has dried up and collapsed, and the local bobby known to all has gone, replaced by a reactive police “service” that is inadequate – as the press is always so quick to point out when mistakes are made and splashed all over their front pages.”

“’Cuts have consequences’ — this was the tag line used by the Police Federation when the bones were being stripped from British policing. Now we see that this wasn’t “scaremongering”, as Theresa May, the then-Home Secretary told us. We are now seeing the very real consequences of these cuts — in the faces of the victims of this attack we see in our papers. May told her audience at the time the police’s warnings ‘didn’t serve the public’. I ask now: has she served in the public’s best interest?”

“My colleagues and I will continue to go forward when others run, but the reality now felt by officers around the UK, that we are too-often taken for granted and even perhaps un-liked by our Government.

“We know if we get killed in the line of duty that the headlines will be gone in a day and our names will be forgotten. But we shall continue, we shall protect. Despite the obstacles we are continually confronted with to make our job harder, we keep going.”

Now as well read the words of Jim Gamble, a former head of the Northern Ireland anti-terrorist intelligence unit in the Huffington Post today. He notes:

“The police service, and some individuals within it, haven’t and don’t always get things right and learning from mistakes and reforming the service is important but that reform and restructuring needs to add up. No matter how you cut it, no matter what spin you put on diversification of resource or doing things differently, there are 20,000 fewer police now than there were in 2010. That’s fewer eyes and ears on the street; fewer bobbies building relationships, community confidence and critically creating that visible reassurance and deterrence that is key at times like this.”

Warning of the dangers of austerity cuts he continues:

“For too long the blanket of austerity has excused all sorts of cuts. Education, social care, health and policing; the infrastructure upon which a fair and just society is built require investment and support. Frontline staff do not deserve to be demonised – lest we forget plebgate; be demoralised, or suffer , or suffer the endless cuts on the back of ‘you can do more with less’ rhetoric.

“Of course we have to face the reality of tighter financial times but we cannot continue to asset strip the critical services who in times of trouble make the real difference. Better we, who can, pay more tax for the things that matter than stand by applauding the actions of our public servants whilst some visit foodbanks when off-duty.”

The article goes on to conclude:

“Those who represent a threat need to see police feet on the street. Prevent in my opinion isn’t working – it’s a blunt instrument that in some cases can alienate those we should be embracing – and the rhetoric that crime has changed and there is an investment in different approaches just does not cut it. Politics isn’t easy and many politicians across most parties want to do the right thing: the problem is we are all familiar with false promises and u-turns. It’s easy to say the right thing at the right time to the right audience and wait until that time has passed, when the agenda shifts and you can move on without acting.”