Reducing inequality could be a legal duty for public bodies 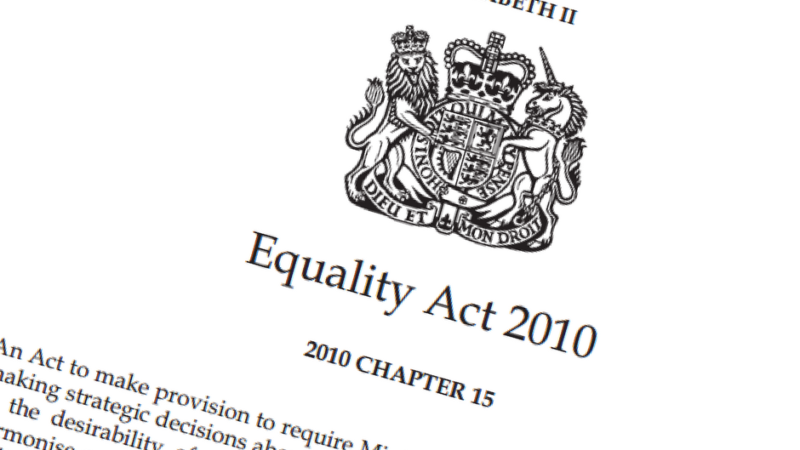 There’s plenty of rhetorical commitment to a more equal and fair society in this year’s party manifestos.

The Conservatives proclaim that they ‘abhor social division, injustice, unfairness and inequality’, and Labour declares itself ‘the party of equality’. The Liberal Democrats say they will focus on ‘breaking down the barriers that hold people back’, while Plaid Cymru wants a country based on ‘fairness and equal opportunity’. The Green Party promises to ‘fight for equality, and for a society where nobody is left behind’, and the SNP says ‘tackling rising inequality must be one of the key priorities of the next parliament’.

They all use the word ‘rights’ a good number of times. In fact, for the first time in too many years no serious political party threatens to repeal the Human Rights Act in the next parliament, which is only thanks to the tireless campaigning of so many activists up and down the country.

There are many levers available to policymakers to ease our social divisions — taxation, spending, investment and regulation offer opportunities to tackle inequality. We need them all: the UK has among the most unequal incomes in the developed world, and an eye-watering wealth gap that sees the richest 1,000 people hoarding more wealth than the poorest 40 per cent of the population combined.

This economic gulf hurts us. It undermines our enjoyment of human rights by harming our physical and mental health and by hindering our education, it damages our economy, restricts social mobility, reduces levels of trust and civic participation, and weakens the social ties that bind us.

How many of the parties have put their money where their mouth is and committed to reducing socioeconomic inequality as a legal public duty?

They needn’t even make new legislation: our existing Equality Act 2010 already provides for it. The very first section of the Act imposes a duty on public bodies, when making strategic decisions, to consider how they can ‘reduce the inequalities of outcome which result from socio-economic disadvantage’. However, despite being passed by Parliament in 2010, governments since then have refused to bring section 1 into force.

So have those vying for our votes sought to rectify this in their manifestos?

Earlier this year, the SNP set out its intention to bring the socio-economic duty into force in Scotland, and so it is extremely welcome that its manifesto promises the party’s MPs will ‘seek an early opportunity to pursue a Bill at Westminster to ensure the UK government commences this important duty.’

Likewise, while their manifesto is not entirely clear about it, Labour’s policy team has confirmed to us that the party would indeed ‘reinstate the legal requirement forcing public bodies to try to reduce inequalities’.

The Liberal Democrats promise to bring more of the Equality Act’s neglected provisions into force, but they don’t mention the socio-economic duty.

The Conservatives, Plaid Cymru and the Green Party remain silent about it.

The socio-economic equality duty is not ‘red tape’. It is about transparency and evidence-based policy. It empowers us, as citizens, to hold public authorities to account by looking into how their decisions and actions could exacerbate or reduce inequality.

It is also a useful mechanism to help to shield the most vulnerable and level the playing field between people from different socio-economic backgrounds. In fact, several local authorities have been voluntarily assessing the impact of their policies for years, keenly feeling their duty to protect their most vulnerable constituents.

Had it been properly brought into force when the Act became law in 2010, who knows what the socio-economic equality duty might have achieved? Would we have seen such swingeing cuts to social security if DWP were forced to properly consider how it would contribute to socio-economic disadvantage?

Could the Treasury have justified the continuation of austerity measures that have breached the UK’s international human rights obligations, not to speak of the damage done to our public services?

With Brexit looming ever closer, all parties are keen to show that they would put the UK’s best foot forward on the world stage. For the wellbeing of a fair society based on the equal enjoyment of all human rights, we need whichever party forms the next UK Government to commit to bringing section 1 of the Equality Act into force.

2 Responses to “The equality act established a duty to reduce socio-economic inequality – but will the new government bring it into force?”