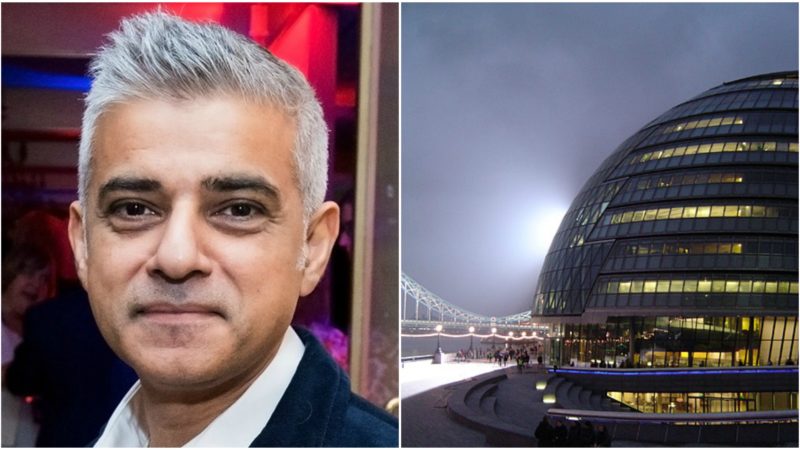 In the early hours of 7 May 2016, Sadiq Khan was duly elected Mayor of London and my 16-year stint as a London Assembly Member came to a planned and timely end.

But, twelve months on from the election, I thought it would be opportune to take a look at how the new Mayor was doing and what Assembly Members were making of his performance so far in what — to put it mildly — has been a pretty earth-shatteringly momentous year for both UK and global politics.

So, twelve months on from walking away, I negotiated my way through the confusing warren of tunnels in the half-rebuilt London Bridge station and wandered along the river back to City Hall.

My first conversation was with Caroline Pidgeon, previously Leader of the London Assembly Lib Dems, and now their sole remaining representative. Open and forthcoming, she came across as incredibly even-handed in her assessment:

“Boris was not at all focused in his last two years. He wasn’t standing again and he’d lost interest, so it’s refreshing having a new mayor with new ideas and who is prepared to listen to new ideas. Policy-wise it’s exciting with things like the ULEZ (ultra low emissions zone) proposals and so on.”

“It’s such a press operation. Everything is very media-led. It’s like he [Khan] is still in campaign mode. He’s calling on the government to act all the time rather than doing things himself, even when he does have some real control over these things, like the police budget.”

For the Greens, Sian Berry’s initial optimism has been tempered by frustration at the pace of change.

“We had a new mayor with a new manifesto that signalled some very strong changes but one year on very little has actually happened. There’s been endless reviews. The cycling plans were put on hold and took ages to get going again. On air pollution the only concrete thing is bringing forward the plan for introducing of the central scheme by a year and on housing I’m really fed up. It was very positive in the first three months but not enough has happened since.”

For the Conservatives, although coming from a different direction politically, Gareth Bacon echoes some of these criticisms:

“Everything is driven by the media grid. It’s very regimented with everything timed to secure maximum coverage. It’s a much slicker media operation compared to Ken and Boris. It’s very Blairite in a way, very much about tomorrow’s headline rather than about what happens in ten to fifteen years time.”

On delivery, Bacon is scathing:

“Not a single promise has been implemented in the way in which it was originally proposed. Tree planting has been dropped, housing targets he set out have been dumped and he hasn’t implemented his fares pledge in the way that he promised. There is a real gap between election rhetoric and delivery.”

Tom Copley, first elected for Labour in 2012 and a strong critic of the previous Mayor, is now adjusting to the new dynamic at City Hall (or, as he puts it ‘walking the line between being a complete wallflower and being in opposition’.) He immediately counters many of his colleagues’ criticisms, firing off a list of achievements:

“Measures to tackle land-banking, the hopper ticket for buses, shaking up TfL in terms of efficiency and some amazing things on culture side.”

Copley also points to the obvious legal and financial constraints when moving from one mayoral administration to the next:

He also refutes criticisms of the Mayor’s lobbying strategy arguing there is a more sophisticated approach than simply grabbing headlines:

Of course, being Mayor of London isn’t just about the nuts and bolts of running policing, transport, the fire service and so on, however important those are.

From Ken Livingstone’s powerful, emotional call pulling Londoners together in the wake of the 7/7 attacks, to Boris Johnson dangling on a tripwire to ramp up the nation’s excitement in the run-up to the 2012 Games, there has always been a hugely significant and high-profile ambassadorial role for the Mayor.

There was praise for Sadiq Khan from each of the Assembly Members I spoke to. Even Gareth Bacon, who was on the opposite sides to the mayor in the referendum campaign and has been scathing in other respects, was very complimentary,

“In his ambassadorial role he has been very sensible. After Brexit he hit exactly the write tone — London is open. His message after the terrorist attack was also measured and highly appropriate.”

This is echoed by Berry for the Greens:

“On Brexit he’s been far more effective than the Labour front-bench in parliament and his response to the recent terrorist attack was exemplary.”

Caroline Pidgeon drew attention to the symbolism of the Mayor performing such a role, “He’s the most prominent elected Muslim in the western world. Of course the Prime Minister of Canada would want to meet him. That sends out a very powerful signal after Trump’s election.”

The symbolism is not lost on Tom Copley either:

“Whether you live in London or outside, whether you are a liberal or a socialist or a green — or a liberal-minded conservative — if you think Britain should be open and outward-looking, Sadiq is your ambassador.”

And UKIP? The party of Brexit got two Assembly Members elected last May but in spite of numerous emails, phone calls and texts and and incredibly helpful and polite PA, I never actually managed to hear back from them.

On reflection, I enjoyed my few hours returning to City Hall. In spite of being immensely proud to have been a part of it for 16 years, nothing would ever tempt me to resume the role I once had there. At the same time I feel very heartened that London can be a beacon for a progressive, tolerant outward-looking politics.

And I feel encouraged that a mayor has been elected on a pretty ambitious manifesto that seeks to tackle some of the big problems facing the city like the housing crisis and air pollution. In what has been a depressing twelve months for British politics I am, on the whole, encouraged by many of the things I hear as part of my brief catch-up. Sadiq Khan has been an outstanding ambassador for London in a very challenging and politically-charged year.

However, the criticisms of Bacon, Berry and Pidgeon on his delivery cannot go unrecorded. For now, I’m going to be generous and agree that major changes do take time in a new political administration; and given the shambles surrounding Labour nationally, who can blame the Mayor for wanting an ultra-efficient media operation?

But delivery is important. Manifesto pledges are important. And if I write a similar piece this time next year, I feel I’d be quite a bit more critical.

3 Responses to “One year after his election, how has Sadiq Khan changed City Hall?”