The status quo is not an option and demands urgent action, writes Natalie Bennett 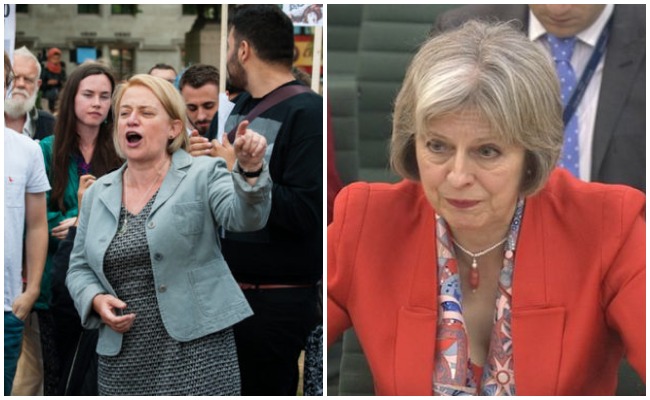 Today the Committee on Climate Change released a deeply concerning report warning that the UK is ill-prepared for the effects of climate change set to hit this country in the coming decades – including fatally hot summers, new diseases and flooding here, and climate-stoked wars and rising migration overseas.

The report is a stark reminder that while political parties wrangle and cabinets reshuffle, the climate is burning, and it must decisively set the agenda for new Prime Minister Theresa May.

Under David Cameron, the Tories’ promise to be the ‘greenest government ever’ turned into a sad, sick joke as subsidies for solar power and onshore wind were slashed, plans to force all homes to be zero-carbon from 2016 were scrapped, fracking was given the green light and vital regulations were stripped away.

The vote to leave the EU has put our environment further at risk, as we stand to lose protections for clean air, wildlife, and water and targets on renewable energy and emissions.

Theresa May’s record on climate change and environmental issues does not look promising: she has generally voted against measures to prevent climate change, in favour of the disastrous badger cull, and against stronger regulation of fracking.

However, there is still room for her to show the leadership that the country – and the planet – needs. The environmental crisis we face is one which crosses party lines and requires tough decisions and urgent action.

Today’s report warned that deadly heatwaves like that of 2003 will become normal by 2040; by 2050 the number of homes at risk of flooding will double; and extreme weather will lead to lost crops and drive up food prices.

These are not fringe issues or distant concerns but serious threats to our health and security which will impact us within our lifetime.

This is only one of the crises facing our new prime minister.

The ongoing political turmoil has largely cloaked from public view a scathing UN report about the impact of austerity on economic and social rights in Britain, a steep rise in child poverty and the desperation of many of our older women who took part in the protests last week against state pension inequality that’s left many in desperate poverty.

What May needs to grasp is that the environmental, social and economic crises are not separate issues, but inter-related parts of the same issue – our failed model for Britain that over decades had led to the divides behind the Brexit vote.

Our political crisis is both a cause and a sign of decades of failure. The one thing that cannot continue in Britain is more of the same – the status quo is not an option.