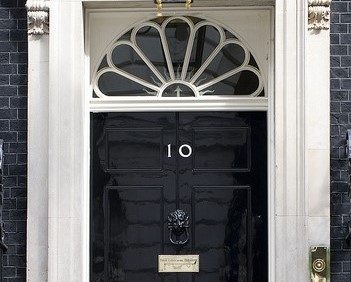 Opposition parties are calling on putative prime minister Theresa May to call a snap general election, following Andrea Leadsom’s surprise announcement that she was dropping out of the Tory leadership contest.

‘It now looks likely we are about to have the coronation of a new Conservative Prime Minister,’ Labour’s election co-ordinator Jon Trickett said.

“It is crucial,  given the instability caused by the Brexit vote,  that the country has a democratically elected Prime Minister. I am now putting the whole of the party on a General Election footing.

It is time for the Labour Party to unite and ensure the millions of people in the country left behind by the Tories’ failed economic policies, have the opportunity to elect a Labour government”.

Liberal Democrat leader Tim Farron said it would be ‘simply inconceivable that Theresa May should be crowned Prime Minister without even having won an election in her own party, let alone the country.’

‘May has not set out an agenda, and has no right to govern,’ he continued. ‘She has not won an election and the public must have their say. From her time as Home Secretary we know she is divisive, illiberal and calculating.’

Farron has pledged to lead the Lib Dems into the next general election on a platform of keeping Britain in the EU.

Green Party MP Caroline Lucas reiterated her call for a general election, arguing that ‘it is unacceptable that the next person to hold the top job in British politics is appointed by 60 per cent of Tory MPs. They have no mandate to renegotiate Britain’s place in the world.’

She continued that ‘such an election would be a major challenge for progressives’ and called on her counterparts in other parties to ‘look closely at ways of forming a political alliance to give us the best chance of beating the Tories.’

The Mirror reports that the odds of a snap general election have been slashed from 5/2 to 6/4.

While May ruled out the possibility of calling an immediate general election last week, that was on the assumption of a ‘proper contest’ for the Tory leadership. She also argued that a general election campaign would be ‘another destabilising factor’.