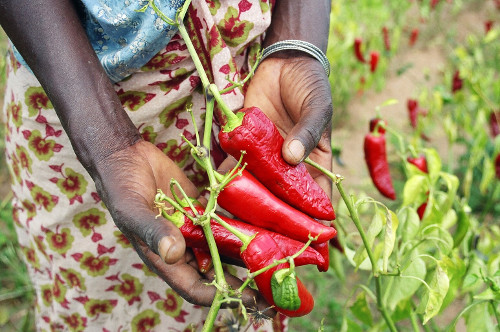 You’d think they’d have got the message by now, but alas no. As we enter the fourth year since the launch of the controversial New Alliance project, it continues in the face of scathing criticism and condemnation from civil society.

In theory, the New Alliance for Food Security and Nutrition, to give it its full title, is about helping countries in Africa to improve food security, reduce malnutrition and lift people out of poverty.

But in practice, it has long been clear that the New Alliance is merely a way to support multinational agribusiness companies like Monsanto continue their conquest of African markets.

Despite the criticism, the project continues to be backed by the UK’s Department for International Development with public aid money. As the initiative launches its third annual progress report, serious questions need to be raised around how a publicly funded aid project can continue to avoid proper accountability.

The focus of this latest progress report remains firmly on measuring the quantity of corporate investments made, and reviewing how many of the pro-business policy reforms have been implemented, across the ten participating African countries.

This is done without any analysis of how these investment or policy changes will help to improve food security and nutrition or reduce poverty – which are, after all, the stated aims of the project.

The progress report simply talks to business, adopting quantifiable indicators shrouded in the language of the private sector. This prioritisation of corporate needs over and above the stated aims of the project is explicitly exposed by the fact that ‘companies’ is mentioned 113 times and ‘people’ only 4 times, even ‘farmers’ only has 30 mentions. ‘Investment’ is mentioned 101 times, whereas ‘hunger’ has only 5 references.

The failure of the report to give any serious consideration to the social and human impacts of the scheme means it presents a dishonest picture of the New Alliance’s impact.

This scathing review is crystal clear in its conclusion that the New Alliance is hugely inadequate in a number of areas. Findings included that reforms being pushed in areas such as land titling and seed law are seriously damaging to small-scale farmers.

There are also grave risks that women’s rights could be negatively affected by the New Alliance. The project’s failure to integrate nutrition into agriculture means that there is a risk that it will also have long-term negative health impacts.

Crucially, De Schutter also finds that the New Alliance insufficiently conforms to international standards for responsible investment, a particularly worrying finding for a project that is committed to securing some $7.8billion of investment from 180 private companies.

The misleading way that the New Alliance records its ‘successes’ shows that it considers corporate welfare to be more important to development than real poverty reduction.

The minimal attention the review does pay to the human impacts appears to be limited to measuring the numbers of farmers ‘reached’ which isn’t explained beyond stating that farmers have primarily been reached by ‘input products and services’ or ‘financial or data services’.

What precisely these things mean is unclear but could simply mean farmers are buying new products or have been given access to finance in order to buy new inputs. All of which is really about increasing business for companies rather than addressing the root causes of food insecurity, under-nutrition and poverty.

If that wasn’t proof enough that the New Alliance is primarily about the promotion of corporate interests in Africa, the report brazenly includes the results of a survey asking businesses to identify what they have found to be the barriers they face in working and investing across the 10 African countries.

It is these business needs that have seemingly formed the basis of the report’s recommendations – almost all of which are either directly or indirectly focused on ensuring an enabling environment for business.

No such survey was carried out with the small-scale farmers who grow food about their barriers to increasing yields or their opinions on agricultural policy, nor was there any such attention given to the people and communities who are impacted by the investments and policy changes, or the intended beneficiaries.

What makes the impact of the New Alliance even harder to understand via this progress report is that this latest review has been published as a joint assessment alongside GROW Africa, a related but separate scheme set up in 2011 to galvanise private investment and financing into Africa’s agriculture.

This joint report blurs what results can be attributed to each project, which surely makes it difficult for donor countries such as the UK (who support the project with £600 million in UK aid money) to properly assess where its money has gone, and to what effect.

Despite these inadequacies with the progress report, this is what will be used by the UK’s Department for International Development (DFID) to continue its justification for supporting the project.

Global Justice Now has been calling on DFID to withdraw its support from the New Alliance for a number of years. What is particularly concerning is that De Schutter’s report is far from the first critical review of the New Alliance.

A scheme that is only three years old has attracted copious amounts of critiques including reports that expose how the New Alliance is actually detrimental to food security in Africa, reports documenting land grabs happening in the name of the New Alliance and numerous stories of angry communities including in Tanzania and Nigeria who are feeling the negative impacts of corporate investments.

It appears that every other organisation and group that has looked in to the New Alliance comes away clear in their criticism of the scheme. Which makes it increasingly suspicious that the only favourable assessment of the New Alliance is its own review.

Aisha Dodwell is Campaigns and Policy officer at Global Justice Now, where this blog first appeared.

One Response to “Who’s telling the truth about the New Alliance project and farmers in African countries?”