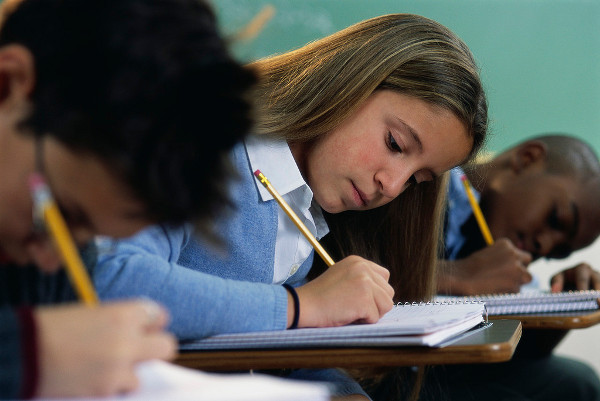 I don’t know about you but the quality of the PSHE – or personal, social, health, and economic education – at my secondary school was pretty dire. I think we were once told that the Euro existed and asked what we thought about abortion but other than that I can’t even remember the subject featuring on our timetable.

I’m not alone in this experience. A 2014 study of 4,500 schools by the PSHE Association found that over 70 per cent of schools had decreased their hours of teaching of the subject in recent years. Just 5 per cent said it had increased. Sadly there wasn’t good feedback on the quality of that teaching either. Over 50 per cent of respondents thought that teachers were either ‘not well trained’ or ‘have no training’ in how to instruct PSHE.

PSHE has become tarred with the same brush that General Studies, an AS and A Level course taught in many secondary schools, has come to be swiped with. It’s seen as unimportant (unlike even General Studies there is no assessment) and irrelevant (anything that is only scheduled into a school timetable for, at best, one hour a week is hardly going to carry much kudos).

This is a gaping hole in our education system. It reflects the fact that teaching has increasingly come to be largely results-driven, focusing on the ‘core’ subjects that students are assessed in, and pushing them towards those studies that it is assumed will help them compete for jobs – maths, science, business, economics, and, increasingly, IT.

Of course these are all important subjects but such a narrow idea of education leaves children without the skills to understand the wider world or an appreciation of some of the real problems facing our modern society.

But it’s not just a reflection, I don’t think, of an ideology that manifests itself purely in our education system. It’s a reflection of our economic and political priorities too. We’re living in an increasingly Huxley-esque world in which education is a factory for producing workers who replicate the same social structures that have gone before.

That’s what happens when the curriculum is set, not by teachers, but ideologically driven politicians. Our education system demands long hours of study to jump through an increasing number of exam hoops. Where’s the time in that for questioning the subjects you’re being taught or the world around you? And, why would you, when believing what you’re told means you pass exams and please your parents: education now calls on people to learn by rote, not to question or investigate.

The syllabus of subjects like Economics and Business Studies have been criticised for their heavy focus on the teaching of the capitalist philosophy. Even History, that normally sedate, hide-in-a-corner-of-the-library kind of subject, has received (rightful) flak for teaching a view of the past which emphasises British dominance, largely forgets slavery, and pretty much writes women out of our historical narrative. Education is reinforcing the business-as-usual.

PSHE could be a way to start ending all that. By getting students to think about the big questions facing society – Should we be in the EU? What role should government play? What is patriarchy and how does it manifest itself? – we could be skilling up the next generation to tackle some of these major issues. It would give younger people a route into engaging with politics and politicians, not letting the old guard get away with their same old tricks.

It would give people an understanding of the role that government could and should take, rather than letting the assumption that small-state is best become an a priori assumption before any debates are even allowed to take place.

I’m not pretending for one minute that PSHE can be the silver bullet to a society that feels increasingly disaffected by and cut off from politics. But I do think that people’s sense that they have no right to question the status quo, that a government that cuts our welfare and appears not to give two hoots about climate change really is the best we deserve, is not helped when people have been given very little instruction in schools about what politics and government can do for them.

The near-complete absence of PSHE training from our education system is the little big-thing. It shows what is wrong with our educational and social priorities. Fixing these problems early, at the outset of people’s lives could make a real difference to their individual, and our collective, political future.

2 Responses to “Comment: Revive PSHE and we could make politics and society relevant once more”