Are they little angels or migrant hordes? 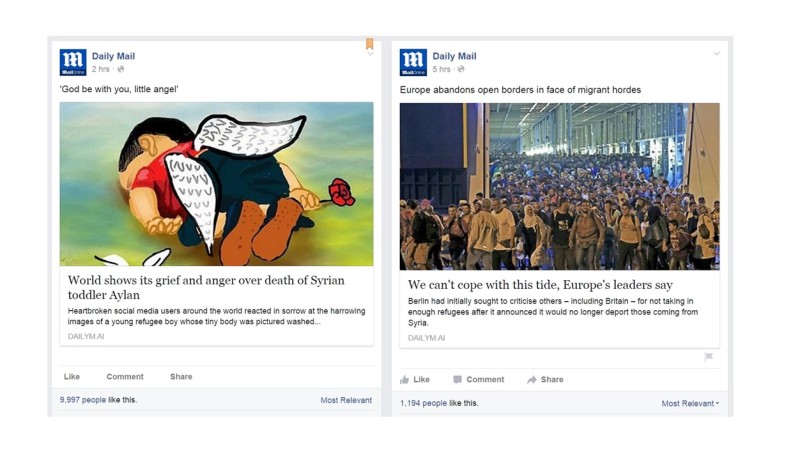 Of all the British newspapers, perhaps the most hypocritical is the Daily Mail. As with other papers today, the Mail seeks to have it both ways, lamenting the death of a child they wish had stayed in a warzone.

But the Mail’s methods are a special case and a class apart.

Visitors to its website MailOnline this morning will have seen two stories. One was headlined:

“We can’t cope with this tide! Europe’s despairing leaders bring back border controls with free-movement zone on brink of collapse” 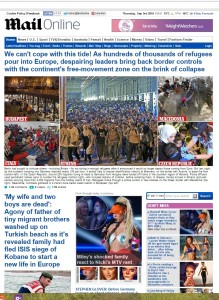 Aside from the usual over-the-top tone and creepy use of someone’s grief, the thing to avoid here would have been the water metaphors.

Papers often speak of a ‘wave’ of migration, of migrants ‘pouring in’, or as today, a ‘tide’. Might this not seem insensitive when children (and hundreds of adults) are drowning in the sea?

The placing of these two stories together ironically exposes the key contradiction in the Mail’s coverage: using the emotions of the father of a drowned family, while still describing them and their countryfolk as a tide or wave ‘engulfing’ Europe.

When posted on the Mail’s Facebook page, the first story was headlined: 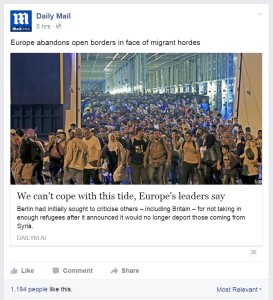 But just hours later they were sharing tributes to the boy who drowned, under the headline:

‘God be with you, little angel’ 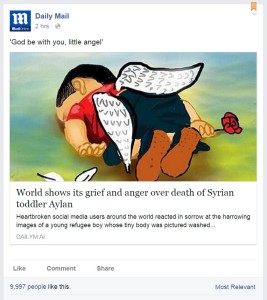 So which is it? Are they little angels or migrant hordes?

Or do they switch from being one to the other only when they die?

The Daily Mail ought to make up its mind. Otherwise it will be open to the charge of just doing whatever pulls in advertising revenue. Perish the thought!

Since when did the Tory press care about the lives of refugees?

Petition: Tell the Daily Mail to publish a comment piece by a Calais migrant