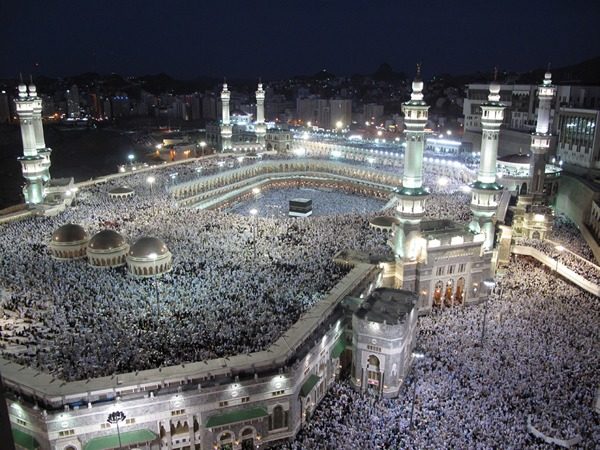 At least 824 pilgrims were killed in two separate incidents during this year’s Hajj rituals – the annual Muslim pilgrimage to the Masjid-al-Haram in Mecca, which is the holiest mosque for Muslims.

On September 11, 107 pilgrims were killed when a construction crane collapsed inside Masjid-al-Haram. On Thursday, 717 were killed during a stampede at Mina following the ‘stoning the devil ritual’ at Mina. 1,500 pilgrims had to evacuate a hotel after a fire broke out that left some pilgrims injured.

Stampedes and fires have killed thousands of Hajj pilgrims over the past quarter of a century. Thursday’s tragedy witnessed the biggest death toll since 1990, when 1,426 pilgrims were killed in a stampede – again, near Mina. Only after 343 died and 1,500 were injured in a tent fire in 1997, did the Saudi authorities decide to make the tents fireproof.

In the aftermath of the Mina stampede, two questions are being mulled at varying degrees by the global Muslim community.

First: how long will it be till the Saudi regime is called out for its blatant indifference to human life, reflected in its abysmal crowd management strategies during Hajj?

Second: is it finally time to question the hegemony of al-Saud family when it comes to decisions vis-à-vis Muslim pilgrimage rituals and Islamic heritage?

Considering the Saudi clout over the Sunni Muslim states – around 90 per cent of the Muslim World – challenging Saudi hegemony is still a murmur. The noise for accountability and action, however, has risen following this year’s Hajj tragedies, especially considering the fact that the Saudi regime has been touting its recent surge in construction activities inside Masjid-al-Haram as “greatest reforms in the city” where expansion projects are conducted in a “modern and sophisticated manner.”

What instead is happening is the Saudi regime pursuing its Islamocapitalist manoeuvres, turning Islam’s holiest site into a Muslim Las Vegas, with all construction activity dedicated to facilitating the uppermost class of pilgrims. Saudi Islamocapitalism combines with the regime’s Wahhabism – a narrow and literalist version of Islam with a palpable phobia of heritage sites – to result in barefaced cultural vandalism.

Over the past couple of decades, 95 per cent of Mecca’s buildings, which were culturally or historically significant, have been destroyed. The house of Khadija bint Khuwaylid, Prophet Muhammad’s first wife, has been reduced to public toilets. The mosque of Abu Bakr Siddique, the first caliph according to Sunni Islam, is now a cash point.

Al-Saud family has a three-century-old tradition of cultural vandalism since 1744 when Muhammad ibn Abd al-Wahhab (the founding father of Wahabbism) and Prince Muhammad bin Saud, laid the foundation of the first Saudi state. Its persistence with the destruction of Islamic heritage highlights Saudi Arabia’s Islamophobia, with any other form of Islam virtually outlawed in the kingdom.

The deafening silence of the Muslim community signifies how criticism of the ‘Custodians of the Holy Mosques’ has an almost ‘blasphemous’ connotation.

A lot of petrodollars have been invested by the Saudi regime around the Muslim world to substantiate its guardianship of the Holy Mosques, with religious tourism forming one half of Saudi economic superstructure.

Unlike the Pope of the Catholic Church, an appointment which can be traced to the primacy of the Roman bishop, the sole Saudi claim to custodianship is usurping the Holy Mosques in the eighteenth century. Al-Saud family has no theological, historical or cultural right over the Holy Mosques or Islamic heritage.

Can the Muslim world mull something along the lines of Vatican City for Mecca and Medina, with the holy cities’ guardian being appointed after every few years? This would make the over 1.6 million Muslim population of the world the rightful stakeholders in decisions pertaining to sites that are religiously, historically and culturally important for us.

As the regime braces to crucify Shia youth Ali Mohammed Baqir al-Nim for “taking part in demonstrations against the government” and as Raif Badawi continues to be jailed for blogging about secularism, it’s evident that the Saudi kingdom is threatened by ideological pluralism.

For it would mean allowing non-Wahhabi Muslims the right to question the construction of Abraj Kudai, the world’s largest hotel, next to the Ka’aba, while facilities for the common pilgrim remain atrociously insufficient.

It would also mean giving us the right to question why two million pilgrims were given the Hajj visa this year, when clearly there isn’t room to accommodate all of them, without creating a safety hazard.

It’s about time we Muslims stood up to the Saudis becoming godfathers of our religious heritage for their personal Islamo-capitalist interests. We need to ask our respective states to at least start questioning Saudi decision-making regarding the Islamic sites, even if they’re too drenched in petrodollars to take a veritable stand.