The government has ignored the advice of the Electoral Commission, and it's threatening our democracy 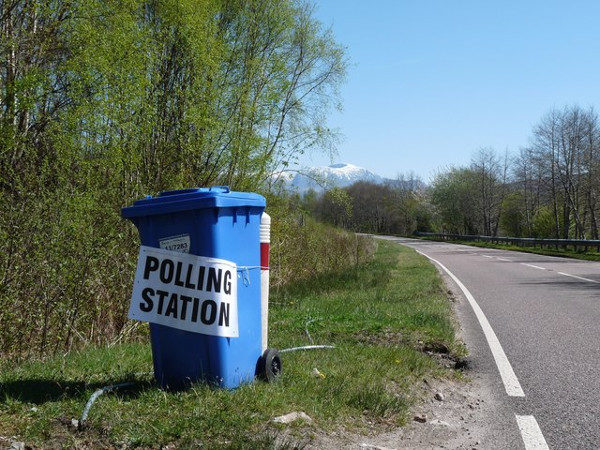 It’s slipped below the radar, but there are some major changes being made to how we register to vote in Britain at the moment that could impact a lot of people.

This month HOPE not Hate published a timely briefing, warning of the ongoing problem of ‘missing voters in economically deprived communities and student-heavy areas’.

These voters are most likely to drop off the register with the upcoming shift to Individual Electoral Registration (IER) – where individuals instead of households must register to vote. It reminds us that electoral registration isn’t a technical issue, but about democratic fundamentals: who votes and how much parliamentary representation each area is ‘worth’.

Since the IER law was introduced last year, an obvious concern has been the post-general election period – surely the worst time to encourage people to register. How much more challenging is the work of registration officers, without the impetus of a five-yearly election?

Yet the government’s plans to end the transition to the new register a year earlier than recommended by the Electoral Commission will threaten these efforts – up to 1.9m voters who haven’t yet transferred could be removed from the register. This December could see a major fall off in voter registration among some of the most disadvantaged groups.

This is even more important given the elections in London, Holyrood and Cardiff in May 2016.

There is already a significant and growing social and age gap when it comes to who registers and votes. Any fall-off in registration among more disadvantaged groups and younger people will make this even worse.

Like HOPE not Hate, we think the government’s decision to ignore the advice of the Electoral Commission on transition is mistaken – and should be reconsidered. MPs and peers have an opportunity to resist the change by voting against the official order, which was laid before parliament on 16 July.

The Electoral Reform Society however seeks a more profound change to the way elections take place (on top of our obvious desire for a proportional voting system). Under the current system of drawing up constituency boundaries, unregistered voters are not considered – even though they too must be represented in parliament and have access to their MP.

Coupled with the overall reduction of MPs from 650 to 600, this leads to an absurd situation where there will be fewer MPs for the areas of greatest need – and a huge overstretch in their offices’ capacity to cope with housing, debt, employment or other queries.

Already, many are overloaded with casework at the expense of other aspects of their role. Without enough time to scrutinise government legislation or use parliamentary tools to raise constituency, national or international issues, ultimately it is citizens who will lose out.

Amongst major democracies with single-member constituencies, population is the basis of electoral districts – in the United States, Canada, India and France for example. Only the UK and Australia use registered voters (and of course, in Australia registration is compulsory and much higher).

Research by Lewis Baston suggests a better way of modelling an ideal registered electorate, by using census population statistics complemented by citizenship information provided by passport data. That way those areas which often have the highest need aren’t unfairly penalised by having a lower registration rate.

As unexciting as they may be compared to leadership elections and scandals, there are major changes to how we register and vote taking place. We need to make sure they aren’t to the detriment of our democracy.