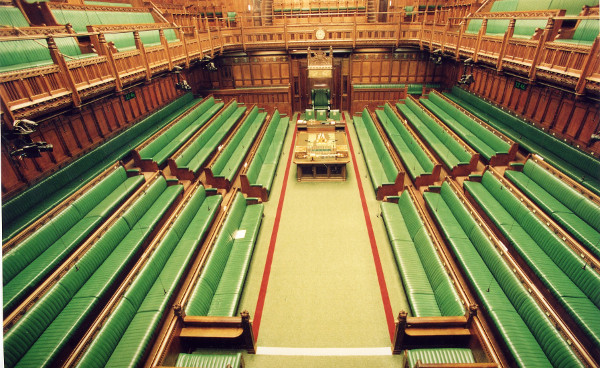 Wednesday’s Prime Minister’s Questions offered, unusually, some genuine news (on top of the usual jeering). Responding to a question from Harriet Harman, the prime minister said that he backed offering MPs a vote on whether 16 and 17-year-olds will be able to take part in the EU referendum.

We would of course like to see the government simply come out in support of extending the franchise. Short of that happening, signalling a Commons vote is nonetheless a welcome development.

But it’s not enough for it to be a tightly whipped move with parties demanding their MPs vote a certain way – with David Cameron opposing extending the franchise. We need a free vote.

This is an issue that many MPs and constituents feel very strongly about, but one which didn’t get much attention before the election. Now’s the time for a real open debate on this issue. After all, the prime minister suggested it would be a conscience vote earlier in the year. It would be a disservice not to stick to this.

Why? This referendum is an opportunity to give 16 and 17-year-olds a chance to decide on an issue which really affects them – covering housing, our environment, jobs, migration and a whole host of pressing topics which affect this generation.

The proof is in the pudding. 16 and 17-year-olds threw themselves wholeheartedly into the Scottish referendum, with 75 per cent voting and 97 per cent saying they would vote in future elections.

Well over a hundred thousand – the vast majority – registered. There’s no reason why 16-and 17-year olds across the UK should be denied a similar vote in the EU referendum and miss the chance to engage with British democracy.

Votes at 16 isn’t even a radical idea by UK standards anymore. Hundreds of thousands more young people are set to be given the franchise for local and nationwide elections in Wales and Scotland, with legislation currently making progress in the Scottish parliament and the power to decide on the voting age recently devolved to Wales.

It would be absurd if those same young people were denied a vote in the upcoming EU referendum. But it would also be an injustice if they were given votes at 16 and others in the UK were not.

The prime minister has reaffirmed his desire to reclaim ‘the mantle of One Nation’. Yet with 16 and 17-year-olds getting the vote in Scotland and Wales, this could become an issue which drives a wedge between the nations of the UK.

Why have so many different franchises? Instead we could have a UK-wide franchise which is open, democratic and which sends a positive message to our young people that their opinions genuinely count.

This is an issue of both pragmatics and principle – 16 and 17-year-olds are the generation of school-leavers who will most strongly feel the impact of the EU vote in the years to come.

So this Commons vote is a real opportunity to discuss the kind of franchise that is right for a 21st century democracy. The way forwards is clear – Westminster should follow the suit of Scotland and Wales in giving 16 and 17-year-olds a say on their country’s constitutional future.

There are Conservative MPs and ministers, such as Constitutional Reform minister John Penrose, who have previously spoken up for votes at 16 who we hope may still persuade their party to change direction.

Short of that, this vote is a welcome step forward in the push for a truly inclusive franchise. As the Votes at 16 coalition have suggested, on this constitutional issue it’s only right that instead of being told how to vote by party whips, MPs can weigh up the arguments for themselves.

After the uplifting experience in Scotland, the push for a fairer franchise now stands every chance of succeeding.