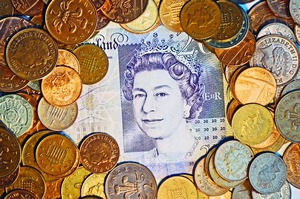 After a lifetime of working and saving, receiving a good chunk of money to spend on a holiday, new car or home improvements to celebrate retirement sounds great.

But is this really the good news story it’s cracked up to be or are we heading for another mass mis-selling scandal as people are encouraged to cash in their pensions whilst leaving themselves worse off at the time they need security the most?

Until recently, it was difficult to access much of a pension as a lump sum. However, the new freedom from April 2015 for over-55s to convert pensions into cash could see retirees accessing up to 100 per cent of their pension pot.

But who benefits? You? Your pension provider? The government?

Well certainly the government, as it will be able to get much more tax revenue from a one-off lump sum than a regular smaller income paid annually – up to a whopping 75 per cent of most of the pension pot could be taxable and much of that could be at the higher tax rates as it will all count as income for that single year.

Losing a great deal of your pension to tax unnecessarily is one of the fundamental problems – that’s your pension money, that you saved, going straight to the government in taxes you wouldn’t otherwise have had to pay.

As other commentators have pointed out – even top pensions advisors are sceptical about the benefits – Reece Fallaize, senior technical adviser at deVere Group, explains:

“Typically, we would strongly advise against this as while the funds remain invested they still represent great tax efficiency.”

This is because after the first 25 per cent (which is tax-free), the rest of the lump sum would be subject to income tax.  Understandably, most people are loathe to give up to half of their hard-earned retirement savings over to the taxman for the privilege of drawing down their own money earlier.

For someone in a final salary scheme this is even more important – to exchange a guaranteed, inflation proof income and all associated benefits (such as dependents pension) for a taxable insecure lump sum will mean swapping security for insecurity in retirement. For most people this would not be a good proposaition.

But there are more potential dangers for pensioners than just losing a lot of your money to tax unnecessarily.

Research suggests there may be other pressures on a pension pot that could be taken in full at the age of 55. At one end of the spectrum is pressure to support the wider family – adult children who are struggling to get on the property ladder or simply struggling with childcare or day to day living expenses. At the other is the real risk of vulnerable pensioners being coerced into cashing in their pension pots for someone else’s’ financial gain.

This risk would rise if, as the pensions minister Steve Webb MP suggests, the next ‘logical’ stage of these reforms would be to apply them to existing pensions not just to new retirees.

The ability to trade in financial security for pensioners into immediate financial gain will make these pressures very hard to resist.

Pension scams are also anticipated to rise as a result of this new measure – as people find themselves holding relatively large sums of money for the first time, experts fear that scams will inevitably increase to take advantage of this new market.

Pension scams offering to ‘liberate’ your pension money will have a new incentive to up their game and the unwary will find their pension has been reduced by extortionate one off charges, annual fees and that their money is now tied up abroad or lost entirely to a scam.

Current final salary pension schemes will also face new risks – a well managed pension fund runs on the basis of expected cash in to cash out ratios. If a new wave of pensioners start cashing in their pensions then, in the short-term this will cause a significant cash flow risk.

The government recognises the risks involved which is why it has included the requirement to receive independent financial advice before cashing your pension pot in; but this will not necessarily stop people being seduced into choices that later prove disastrous.

Ultimately, the government’s insistence on advice on the one hand acknowledges the huge financial risks posed by this ‘opportunity’, and at the same time acts as a shield against later claims of ‘mis-selling’ that seem inevitable as a result of many people being worse off years later as a result of taking this option.

Whilst it is true that for those with truly ‘trivial’ pensions, or of a very low life expectancy, this may represent a sensible way forward, for many this will simply be a temptation (or pressure) to trade long-term security for short-term gain.

The advantages for the government’s coffers are clear to see. However, as with the mis-selling of PPI and endowment mortgages which seemed too good to be true, it is no great leap to see this policy coming back to bite us.

10 Responses to “What are the dangers of cashing in your pension?”