Voters suffering most severely from forms of economic oppression, and who share fundamental left-wing values, are not voting for Labour and are definitely not voting for one of the parties to the left of Labour. 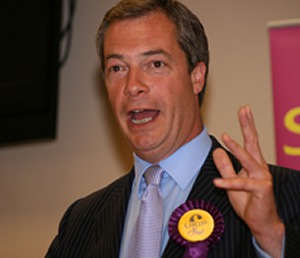 Voters suffering most severely from forms of economic oppression, and who share fundamental left-wing values, are not voting for Labour and are definitely not voting for one of the parties to the left of Labour

I am going to indulge in a little navel-gazing to argue that we  – if anyone even wants to be part of the ‘we’ of the left anymore – need to take a break from blabbering at each other, and ask why our attempts to communicate are such a dismal failure.

The bedroom tax is bad. Raar! Angry! Me! Furious! Today’s left produces an endless stream of tweets, updates, comments and blogposts opining perspectives that, give or take the odd sub-clause, most of its audience already agrees with. Pat on the back! Yeah! It’s outrageous! Morons!

Meanwhile, many of the voters bearing the full weight of economic inequality blame Romanian immigrants and amble off to vote UKIP.

That this marks a catastrophic failure on the part of the left was demonstrated by research quoted in the Guardian a few months ago. It found that 71 per cent of UKIP voters agree with left-wing statements such as ‘the government should redistribute income’ and ‘ordinary people do not get their fair share of the national wealth’.

This was a significantly higher proportion than Conservative (43 per cent) or Lib Dem (65 per cent) voters, and not far behind Labour (81 per cent). Further research found that of the 10 most UKIP-friendly seats in the country, eight are Labour.

So what’s happened? Why are we finding it so hard to reach an audience beyond our own social and digital circles?

Could it be a consequence of what the film-maker Adam Curtis and novelist Michel Houllebecq identified about the movements of the sixties: that they were never really about social justice, they were about individual self-expression, and so not only did they feed quite naturally into the rise of marketing and Thatcherism, but they also created a culture whereby one’s politics are primarily an aspect of the identity you don each day and swish around on the stage of the world?

In a cultural context such as this, it is entirely logical that collective engagement should be relegated to second-place behind simply airing one’s views and splashing around in the warm pool of your own impassioned outrage.

Or, linked but a little different, is it that the left’s struggles have shifted from the grounds of class to focus on sexuality and gender – understandably tempting territory for the middle-class radical, allowing them to feel personally involved and oppressed and so to indulge their own narcissism?

These are of course vital struggles for many. But their inherent appeal has an unfortunate consequence. Those experiencing greater economic than gender-based oppression end up being left behind, forgotten about, and most of all alienated from a left of bloggers, artists, cartoonists and tattooists who spend half the time banging on about their own sex lives, shaving habits, and taste in arthouse cinema.

Or is the old left right after all, and it’s all the fault of New Labour?

To a large extent we’re still reliant on Labour to, bee-like, convey our arguments across the whole of the country. But Miliband’s party of career politicians has no convincing narrative to explain why people find themselves in dead-ends of economic deprivation, let alone any substantive policies that might get them moving again.

Whatever balance of these and other factors is the cause, it has happened, and we should acknowledge it. The left is losing the argument. Voters suffering most severely from forms of economic oppression, and who share fundamental left-wing values, are not voting for Labour and are definitely not voting for one of the parties to the left of Labour.

No, as UKIP’s continuing journey up the polls demonstrates, they’re blaming Romanian immigrants and benefit cheats. And the left is failing to counter these arguments.

Perhaps instead of churning out more contempt-laden copy on the latest UKIP blunder or eccentric policy proposal, we should turn our touchscreens to discussing how we can communicate more effectively with those suffering most acutely from the inequities of our economic system.

Toby Hill is a London-based journalist and writer