It is a direct threat to any future British government’s ability to fully renationalise the NHS. 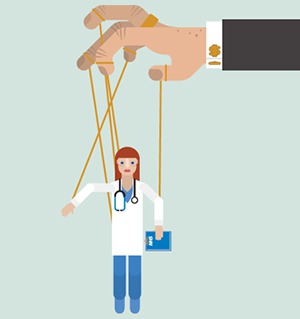 On Friday 12 September, Vince Cable has the chance to preserve a remnant of our democracy from the clutches of big business. Unfortunately, there’s little sign he will take this opportunity.

In an obscure European Union committee, representatives of the different European countries will approve the text of a ‘free trade’ deal between the EU and Canada.

If it weren’t for a series of leaks, very few Europeans would have seen this treaty – and the vast majority of MPs and MEPs still don’t formally have access to the text.

Despite the lack of democratic debate, this week is the last chance our government has to amend the treaty before it is signed off at a Canada-EU Summit on 25 September.

At the heart of the EU-Canada deal is a mechanism which would allow Canadian companies to sue the British government for damaging their bottom line, completely bypassing the British legal system in the process.

The infamous Investor-State Dispute Settlement (ISDS) mechanism already exists in many treaties between other countries. It has been used by companies to sue governments for reversing the privatisation of health insurance, introducing a minimum wage, putting health warnings on cigarette packets and freezing energy prices.

Such cases always come before a special tribunal populated with corporate lawyers rather than being heard within the regular court system, and are rarely open to appeal.

The World Development Movement and the many other campaign groups and trade unions fighting against ‘free trade’ deals believe these ‘corporate courts’ are a direct affront to democracy. They place the ‘right to make profit’ ahead of any concern for human rights or the environment.

They are a direct threat, for instance, to any future British government’s willingness to fully renationalise the NHS, to regulate energy prices, to take back control of the railways, or to ban fracking.

So controversial are these parallel legal systems that the EU was forced to open a public consultation on their use earlier in the year. It received a record-breaking 150,000 submissions. The European Commission claims it does not have the time to analyse these submissions until November. Yet the EU is pushing through the EU-Canada deal this month.

Given that the largest number of individual submissions to the consultation came from the UK, you might expect Vince Cable to demand the removal of ISDS from the EU-Canada deal. He can do so this week if he chooses. You might expect at the very least that he would delay the ratification process.

It seems unlikely. Throughout the negotiations on the EU-US trade deal (TTIP) and the EU-Canada trade deal (CETA), the British government has firmly supported the creation of more of these corporate courts – even though its own research has shown that including this system in the treaties would be a mistake for Britain.

If EU states like Britain do not speak out against corporate courts this week, they will be embedded in the EU-Canada deal. Neither the European parliament nor the British parliament will have the ability to amend a treaty which they had no role in negotiating.

There is much else that should concern us in CETA. It will lock in private control of public services, it will limit the use of public buying power as a means of stimulating local, environmentally sound economies, and it will further erode our government’s ability to regulate the banks.

That’s why CETA has been called a ‘Trojan horse’ for corporate power. Under the pretence of ‘more growth, more jobs’, our democracy is being dismantled. The ability of future governments to create a more progressive society is being eroded.

Neither the Labour Party nor the Socialists and Democrats group in the European parliament are keen on these corporate mechanisms. As a matter of urgency, we need that disquiet to translate into all out opposition.

Nick Dearden is director of the World Development Movement