Helen, who remains anonymous, discusses her experiences as the victim of a grooming gang 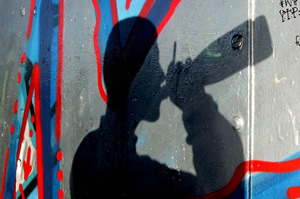 Helen contacted Left Foot Forward via the Ex-Muslims Forum after the publication of the report into the Rotherham abuse scandal. She discusses her experiences as the victim of a grooming gang, and speaks out about her sense of betrayal over the failure to address the issues decisively.

One day I ran into a furniture shop in my hometown in the south of England and hid behind a pine wardrobe, breathless, scared and hiding from the man looking for me.

I was at school when this happened, a 16 year old white girl, and my “boyfriend” was 24 and a violent, drug-dealing thug – from his own accounts. He was also of Pakistani Muslim origin.

I was a naïve teenager, from a family where the circumstances could be described as “difficult” at best, especially if my absent father failed to take his medication. My mother struggled to cope with her life, and was often depressed and suicidal. I can look back now and see I was vulnerable, with low self-esteem and desperate to get away from home.

I met Zimmy through Zamir, who I truly believed to be a “friend”, although since friends tend not to take you round to their uncle’s and offer you for sex in exchange for heroin, I can see now that he most definitely was not.

Zimmy was Zamir’s dealer and didn’t hesitate in asking me out, although like “friend”, “out” meant sitting in his Audi smoking a drug I thought was weed but that he later told me was heroin. Being such a good ‘boyfriend’, he also later introduced me to crack.

It was 1996. Looking back I was stupid, but at the time it was an escape from the misery of my family life and I thought everything would be fine. Over the next few weeks Zimmy showered me with gifts, money and drugs, but also started to tell tales of torturing his drug rivals and threatening me and my family:

“If you leave me I’ll burn your house down and only rescue you”; “You know too much about me now so if you leave me I’ll have to kill you”; “If you ever leave I’ll shoot you and leave you on the side of the M40”; “You are going to leave your family, and I’ll give you a nice flat in Reading”.

I was groomed. He targeted me, identified my vulnerability, and groomed me to be little more than meat for him to use and pass around. He deliberately got me addicted to heroin so I would be dependent on him.

Suddenly, his plan to force me to go and live in Reading, away from my family and friends, was all he wanted, so I started avoiding him, and situations like the one where I was hiding in shops to avoid him hunting me down began to happen.

It all came to a head one night when I was in a café and he came in and demanded I left with him. The café was full of Pakistani men, I was there with a “friend”- I didn’t like going home at night. I was terrified of what Zimmy would do to me, I told him I wouldn’t go, but no-one at all stood up for me and I was asked to leave.

As soon as I got in his car I asked him not to leave our town, but he left and started driving toward Heathrow on the M40. I knew he was going to shoot me – I knew too much about his businesses, so I acted as bubbly and friendly as I could. I thought that if I showed fear, he’d act accordingly and kill me.

So it makes me really angry, when I see that this type of criminal behaviour and so much more was looked upon as nothing, as incidental, as deserved to the poor girls this has happened to.

I know how much power over me Zimmy had, and how scared I was, and to find out that this has been brushed aside in more than 1400 cases by people whose job it was to intervene in children as young as 11 – in just one town, is unbelieveable.

These people involved with this, passing me on to others, threatening me, getting me hooked on drugs, yes they were all Pakistani Muslim, but they were a criminal minority subculture. They did not represent the vast majority of Muslims in Britain. In fact, they were racist towards all other ethnicities and despised other Muslims who were integrating.

I was with a friend (yes a proper friend, who sees that you get home safely and looks out for you and after you), a Pakistani Muslim who owned a market stall, and we were walking through our town centre. He was attacked by a gang of Pakistani Muslims who beat him up for the sole reason that he was mixing with white people.

The Left has a responsibility to stand up for the most vulnerable people in our society.To stand against abuse and against bigotry. But this is not what has happened.

We learn that there may have been a culture of silence within Labour over this issue, and that a House of Commons Committee is going to investigate exactly what they knew and why they didn’t act more aggressively.

Denis McShane says he was forced into making a ‘grovelling climb down’ after he raised these issues out of fear of them affecting ‘community cohesion’. And herein lays the tragic irony. By sweeping the issue under the carpet, the Left actually damaged community cohesion and betrayed the girls who were being victimised. Ann Cryer says she was shunned by parts of Labour for raising the matter of grooming gangs.

Labour’s culture of denial betrayed the victims and actually served to increase mistrust in society.

When you think that the same pattern of abuse has been happening across England in towns and cities since the 1990s it leaves you horrified.

What horrifies me as well is how Labour and the Left failed to stop this, how they shot the messengers, and how I cannot be sure that the Left is introspecting honestly now about how this could happen. Do we realise how this kind of blindness and cultural relativism has ruined lives, and ethically compromised us in the eyes of many of our supporters?

I was lucky. I escaped from the gang that abused me. I wasn’t just a worthless piece of meat to be used by perverted men who saw me as an inferior ‘kaffir’ girl to be abused without any consequence. I was a human being with the same worth as anyone else. Isn’t the Left supposed to stand up for that principle, to stand up for the vulnerable and the weak, that all people in our society have the light of equal dignity and worth inside them?

Today, I have a family, and a career. I escaped the abuse. I will protect my children from the evil in this world. Other girls are not so lucky. I cannot stop thinking about these girls, and I feel anger that this was allowed to continue, partly because of the failure by institutions that are supposed to protect the weak and vulnerable, rather than look away when they are being abused by cruel men.

Helen grew up in a town in south-east England. She is a Labour party voter in her thirties.

20 Responses to “‘I was the victim of a grooming gang’: a personal story”