We should be clear: schools, universities, and leading firms all have a part to play in the continuation of elitism and social class discrimination 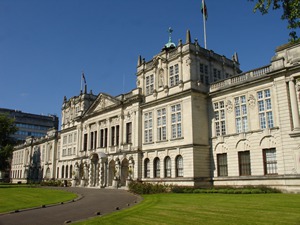 We should be clear: schools, universities, and leading firms all have a part to play in the continuation of elitism and social class discrimination

According to a study by the Social Mobility and Child Poverty Commission, published today, the UK is still “deeply elitist”, dominated in top positions by people educated at independent schools and Oxbridge.

Alan Milburn, who heads the Commission, said that many institutions that matter appear to be more like a “cosy club”.

The findings today show of certain leading professions, the proportion of people who went to fee-paying schools included:

This news is hardly likely to elicit too much surprise. In 2010 David Lammy MP made a series of Freedom of Information requests which found Oxford University’s social profile is 89% upper and middle class. Similarly the Cambridge student body is 87.6%. At the time the average for universities in Britain was 66%.

The questions that remains is where it all goes wrong? Are companies themselves in top institutions and fields of excellence to blame? Are Universities themselves to blame? Or is there a wider problem within education more broadly?

A study on fair access to universities published in May last year in the British Journal of Sociology gained access to Universities and Colleges Admissions Service (UCAS) data for between the years of 1996-2006. It found that as regarding access to Russell Group universities very little had actually changed following the introduction of tuition fees in 1998 and their initial increase to £3,000 a year in 2006.

However rather shockingly, applicants from lower class backgrounds and state schools remained the group least likely to apply to Russell Group universities than their comparably qualified counterparts from higher class backgrounds and private schools. For various reasons despite performing as well, the least privileged group were the least likely to make those applications.

Similarly Russell Group applicants from state schools and Black and Asian ethnic backgrounds were less likely to receive offers of admission from Russell Group universities in comparison with their equivalently qualified peers from private schools and the White ethnic group – which suggests the error for lacking diversity lays squarely with the universities themselves.

One of the most telling findings of the research is that pupils from state schools needed to be the equivalent of two grades better than privately educated pupils to be as likely to apply for Russell Group universities.

Another study from 2012 Journal of the Royal Statistical Society found that poor achievement in secondary schools is more important in explaining lower rates of participation in high education among pupils from low income backgrounds. The research concludes by suggesting that schools, not necessarily higher education institutions, need to be doing more for HE participation and fair access.

One other study, this time in the Journal of Professions and Organization, found that discrimination within leading law firms in the City of London was based on two things: the need to attract talent (the suggestion perhaps being that talent is harder to come by if a diversity policy is put in place) and the need to reduce risk and enhance image (which again may suggest that diversity policies may be too risky, and impact negatively on the image of the firm).

Although this sample of research might appear in conflict with one another, I think together they show us the extent to the problem, and their possible solutions: namely, schools need to do more to build up the educational achievements of young people from low income backgrounds, Russell Group universities need to do more to ensure young people from low income backgrounds with comparable qualifications as their better-off peers are admitted, and that professional institutions curb discrimination based upon social class.

When it comes to continued British elitism there is a broad sweep of problems at play, and we should be clear that the buck doesn’t just stop at one door. Schools, universities, and leading firms all have a part to play in continued social class discrimination.

42 Responses to “Elitism and social discrimination persist, but what is to blame?”