Why has France successfully prosecuted over 100 criminals relating to FGM while the UK will make its first prosecution this year? 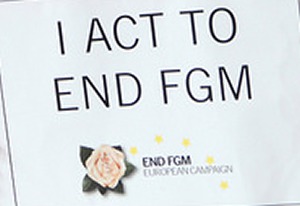 Why has France successfully prosecuted over 100 criminals relating to FGM while the UK will make its first prosecution this year?

Successive governments were today blamed for failing to protect vulnerable girls who are victims of female genital mutilation (FGM).

The report by the Home Affairs select committee said the failure to eradicate the practice in the UK was an ‘on going national scandal’.

It condemned the government, schools, health and social workers and other stakeholders for their failure to act and called on schools to lose their funding if head teachers do not read recently issued guidelines and act appropriately.

Now the report has been published we can see the extent to which this is still a problem, and it is evident that many girls and young women in the UK remain vulnerable to this barbaric act.

Firstly, appropriate funding must be given to the right agencies allowing them to tackle and prevent further acts occurring, not least because it is estimated that 24,000 girls in the UK under the age of 15 are at risk of FGM. Incidentally, there are an estimated 140 million girls and women worldwide living with the consequences of FGM.

Secondly, more prosecutions need to happen. The first UK prosecutions relating to FGM were only announced by the Crown Prosecution Service in March this year.

Indeed, the UK has been compared unfavourably to other European Countries such as France where they take a proactive approach and where, as a result, there have been in excess of 100 successful prosecutions to date.

Third, although the education secretary, Michael Gove, has written to every school in the country asking them to help protect girls from FGM, more action in the form of closer monitoring and better reporting is required by head teachers, social workers and other agencies if they suspect they have identified a possible victim.

Specially trained officers are needed and victims require anonymity and protection if they are to take a huge step and report the crime. So proactive policing is essential to fight this. Why has France successfully prosecuted over 100 criminals relating to FGM while the UK will make its first prosecution this year?

Essentially better funding must be given to those who can tackle the issue; but also the Police Service need the right resources so they can identify the perpetrators and ensure they are successfully prosecuted. In addition victims need better support, and it is all these things which will counter the problem of under reporting.

At the European Union level FGM data is scarce. However it is estimated that the largest groups of women and girls originating from countries in which the practice of FGM is rife live in the following EU countries: Austria, Belgium, Denmark, Germany, Spain, Finland, France, Ireland, Italy, the Netherlands, Portugal, Sweden and the United Kingdom.

In addition to the majority of EU countries criminalising the act, some states have a principle of extra-territoriality which renders it possible to prosecute the practice even when it is committed outside of the country’s borders.

The report published today serves as a reminder to all those who work towards tackling the problem that there is a significant amount of work which needs to be carried out before women and girls are fully protected.

Indeed Keir Starmer, the former director of public prosecutions, said the report was a significant milestone for the campaign to end FGM:

“The proposals are far-reaching and will need to be worked through, but the recognition that all agencies have a responsibility for FGM prevention and reporting is significant.”

We cannot go on simply denouncing FGM as a barbaric act if we fail to take firm action. If we do  we will continue to let down the thousands of victims who live in this country.

Mary Honeyball is MEP for London and Labour spokesperson for women in Europe.She sits on the Women’s Rights and Gender Equality Committee in Europe