The government’s about-face shows that we can make the case for public services run for people over profit. 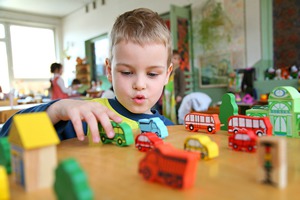 The government has abandoned its plans to allow local authorities to award child protection services to private companies. The Department for Education’s (DfE) plans would have handed the safeguarding of many of the most vulnerable children in society to the likes of G4S, Serco and Atos, and it is a victory for common sense that they have been forced to back down.

Councils will still be able to outsource these services to charities and social enterprises if they so wish, but private firms will be barred from bidding the process.

The DfE’s draft regulations that would have enabled councils to outsource childrens’ social services drew criticism from all angles. Leading social policy experts and child protection professionals expressed considerable concern at exposing children to the fickleness and failings of outsourcing giants, whilst We Own It, Social Enterprise UK, Compass and trade unions also condemned the plans to allow private companies to profit from the care of vulnerable children.

The online petition from Children England and 38 Degrees collected over 70,000 signatures in opposition to the government proposals. It is also telling that, of the 1300 responses to the DfE’s online consultation, just 2 per cent agreed with the proposal to allow for-profit companies to take over children’s social services.

Local authorities were not exactly vying for these powers either. An FOI request showed that just two councils, Kingston and Staffordshire, approached the government to discuss outsourcing children’s social services, undermining the DfE’s claim that they were ‘responding to demand from councils’.

The public opposition to the prospect of private companies adding children’s services to their vast outsourcing portfolio is well-founded. The four largest outsourcing companies in the UK receive over £4 billion of public money a year, but have consistently been found wanting in their delivery of public services.

From the Olympics security fiasco and the overcharging of the government for electronic tagging, to allegations of sexual abuse and falsification of NHS records, it’s no wonder that only 21 per cent of the public trust outsourcing companies and that there is increasing hostility to their involvement in public services.

It is a victory for all involved that the government has (for once) responded to public opinion and professional criticism of its outsourcing agenda, but we must not rest on our laurels. Whilst for-profit companies have now been barred from bidding for child protection services, accountability may remain an issue. Charities and not-for-profit organisations running child protection services will not be regulated or registered, nor will they be rated or inspected by Ofsted in their own right.

Instead it is the local authority that will be inspected, and ultimately responsible for any failings. Every local authority is currently required to appoint a director of children’s services, but, if the government adopts the recommendations of the Society of Local Authority Chief Executives, this requirement could be scrapped. Where then will the statutory responsibility for the safeguarding of children lie?

Public services as vital and as requiring of scrutiny as child protection services must have clear lines of accountability – after all, the power to take children away from their parents is perhaps the most serious that the state holds. Outsourcing these responsibilities has the potential to complicate and confuse the relationship between local authorities and service users, a relationship that must be clear, concise and accountable.

Despite lingering concerns about the direction these proposals may take child services, the government’s about-face shows that we can make the case for public services run for people, not profit. If Westminster is able to listen to the public on this issue, why not for all public service outsourcing?

Moves towards privatising the Land Registry, probation services and the NHS have provoked widespread public and professional consternation, but still they continue. And if private companies can be blocked from running public services in child protection, while social enterprises and charities are allowed to play a part, why can’t this distinction be drawn elsewhere?

There is a deep mistrust of outsourcing companies – only 22 per cent think they are motivated by providing the best service to the public. This is why We Own It is campaigning for a Public Service Users Bill, which would give those who use public services a greater say over how, and by whom, public services are run.

It would make outsourcing firms more transparent and accountable, and would give priority to genuine mutuals, charities and social enterprise in bids for public service contracts.

Perhaps most importantly, the public would be properly consulted before any service is privatised or outsourced, which, if the response to DfE’s plans for children’s services is anything to go by, has the potential – when there’s enough of an outcry – to stop the outsourcing machine in its tracks.

Calum McGregor writes for We Own It