When whole chunks of the electorate don't vote, this seriously calls into question the long-term health of our democracy, writes Katie Ghose. 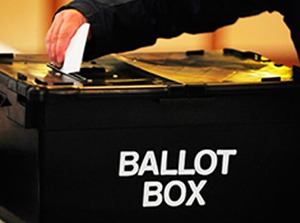 When whole chunks of the electorate don’t vote, this seriously calls into question the long-term health of our democracy, writes Katie Ghose

There is a year to go until the next UK General Election. At the Electoral Reform Society we believe this year should see a far greater focus on how to build a better democracy, so we marked the occasion by launching Democracy Agenda – a platform for speakers from across the party spectrum to set out their stall on political and constitutional reform.

Stephen Twigg MP, Labour’s shadow minister for Political and Constitutional Reform, gave the inaugural Democracy Agenda speech. He issued a stark reminder of a ‘democracy divided’, with a turn-out gap between rich and poor that has grown from 4 per cent (1987) to 23 per cent (2010), and the gap between young and old as stark (by 2005 it had doubled to over 40 points).

Declining turn-out across the population is a threat to democratic legitimacy – but when whole chunks of the electorate absent themselves for good, this seriously calls into question the long-term health of our democracy. Stephen set out several areas where far-reaching reform could begin to rebuild links between people and formal party politics. But he also acknowledged that the tone of politics needs to change, especially given younger people’s disdain for an excessively adversarial culture.

The speech included two new announcements. First, following the Lobbying Act, a review (led by Baroness Maeve Sherlock) into how to regulate campaigning by third party groups, crucially in the context of protecting their right to free speech. Second, a pledge to halt the roll-out of individual voter registration (IER) in 2015 if take-up is poor.

Stephen also emphasised Labour’s willingness to tackle one of the biggest representation gaps in our democracy – the reliance on incomplete voting registers as a basis for boundary design, a feature which could worsen if IER sees further depletion of the figures.

“As the register is chronically inaccurate, so are the boundaries,” he said – this gives us a “representative democracy that only represents 80 per cent of the electorate”.

Voter registration and boundary design sound technical, but they go to the heart of our democratic challenge: how to increase levels of participation and ensure that everyone is counted when deciding the size of an area an MP can represent.

Stephen confirmed that re-engaging younger people is at the heart of Labour’s efforts to tackle the democratic deficit. Keeping citizenship on the curriculum is essential but what will make the biggest difference is when political participation “is part of the ethos” of schools, and that should start as young as possible – ideally in primary schools.

Most striking were both Stephen and the audience’s reflections on the tone of politics, and how this can repel or engage people. Reconnecting people with politics will rely on how politicians communicate, as well their pledges for reform. For a recent Fabian pamphlet I argued that “the right package of institutional reforms can help open the doors to a culture and style of politics – and politician – better able to engage the modern voter”.

So the kinds of reform outlined today by Stephen could start to change the way that politicians behave, creating a virtuous circle of political engagement.

Throughout our Democracy Agenda series we will be pushing for all the major parties to make bold manifesto commitments, so that we can ensure we create a democracy fit for the 21st century.

We need a fair franchise, so all voters get the democracy they deserve. We need to look at who runs Britain, and ensure our institutions resemble the people they are there to represent. And we need long-term initiatives that shape our democratic future.

This is the Electoral Reform Society’s programme of action, and today’s speech from Stephen Twigg was the first step along that path.

Katie Ghose is chief executive of the Electoral Reform Society