The answer to poverty isn’t to pitch one worker against another of a different nationality; it’s to combat the systems and structures that lead to such inequality. 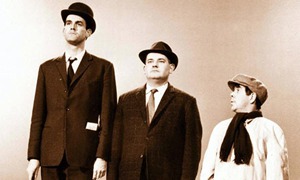 The answer to poverty isn’t to pitch one worker against another of a different nationality; it’s to combat the systems and structures that lead to such inequality

In light of the European election results, it is clear that UKIP’s rhetoric has resonated among the public. With more MEPs than any other party and over 27 per cent of the vote, fear about immigration and the harmful effects of EU membership is widespread. UKIP’s popularity, however, means that it’s now more important than ever to scrutinise their rhetoric.

Of course, much has been written about the economic benefits of membership to the EU, and specifically, immigration. Reports have highlighted that migration increases the UK’s GDP, and aids public finances. Yet it’s been claimed that these economic benefits aren’t felt by low-paid workers, a viewpoint that may indeed be valid considering the worrying increase in inequality within the UK over recent decades.

Depending on the measurement, it is thought that the UK has the sixth or seventh largest economy in the world. We benefit from an excellent National Health Service and state education system until the age of 18. The notion that the UK is ‘under threat’ is absurd, and represents a huge misunderstanding of our place in the world. We are immensely fortunate to be born into such a lifestyle when comparing the UK to other countries.

Why aren’t others entitled to this good fortune and lifestyle? What is it out about Britons that, just because we had the luck of being born here, makes us more deserving than immigrants? UKIP’s rhetoric is shrouded in the pernicious notion of birth-rights – the language that ‘we’ deserve ‘our’ land, ‘our’ hospitals and ‘our’ schools more than others who differ from us only by birthplace.

Considering this, it’s unsurprising that Farage’s party are so often described as racist, when so fundamental to their philosophy is the idea that British people are more deserving than others. When Farage speaks about the ‘people’s army’, he talks about an exclusively British ‘people’s army’, which concerns itself with improving life for British people, at the deliberate exclusion of others.

Yet foreign migrants are as deserving as anyone born in the UK, especially when considering that they are often attempting to escape poverty or to better their economic position.

To prioritise the curbing of immigration on the political agenda is to enthusiastically embrace structural global inequality. And not only to embrace such inequality, but to benefit from it, to maintain our privilege at the neglect of others. For anyone with any sense of a belief in equal opportunity, social mobility or economic equality, the issue is fundamentally the same; to accept privilege and to deny somebody else of similar opportunity is inherently unjust.

This is what is so concerning about the EU election results. We had a chance to mandate our representatives to act on a number of issues; to combat global poverty, to take measures on climate change or to prevent international organised crime such as sex trafficking. The kind of issues that fundamentally require international co-operation, and that UKIP ignore in favour of nationalistic entitlement.

Despite the privilege that the UK grants us, it would of course be unfair to deny that the UK faces significant challenges. In recent years, inequality has increased rapidly, food bank usage has soared, and many, both in and out of work, are struggling with poverty.

But to group low-paid workers of different nationalities against each other is just another aspect of the divide and rule culture that will help to foster tensions and divisions between communities. The answer to poverty isn’t to pitch one worker against another of a different nationality; it’s to combat the systems and structures that lead to such inequality.

We need to better represent workers and their rights, an end to zero-hours contracts and the implementation of a Living Wage, which pays all employees enough to maintain a reasonable quality of life. Similarly, the housing crisis can’t be solved by scapegoating foreigners – instead, the government must take responsibility and increase the building of council homes.

Indeed, between 2002-2012, a total of 9,860 council homes were built, less than 4 per cent of the number built over the same period 30 years ago. This is clearly inadequate for the UK’s growing population.

It would be foolish and wrong to argue that UK poverty doesn’t exist. However, it’s absurd to respond to such poverty by victimising fellow low-paid workers in other nations, whilst ignoring the structural inequality that exists within the UK. As one of the wealthiest countries in the world, our fixation with immigration can only be described as a self-serving maintenance of our own privilege, which only reinforces the lottery of birth and stifles any essence of equal opportunities.

Farage claims that he’s leading a ‘people’s army’. In reality, he’s a public-schooled, millionaire City trader, playing divide and rule with oppressed communities. He knows who benefits from inequality and injustice, and he has no intention of changing it.

43 Responses to “Structural inequality, not immigration, is the UK’s problem”