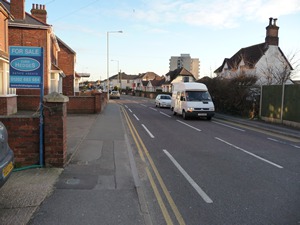 As a result, the current government has limited its approach to introducing road pricing for heavy goods vehicles.

IPPR’s latest report shows that motor taxation is in dire need of reform. This issue needs to come back onto the agenda. Since the last government, four things have changed.

Firstly, our understanding of the impact of air pollution on health has increased. Brakes, tyres and exhausts emit toxic substances that increase our risk of developing cancers, heart disease and stroke. Air pollution is attributable to more annual deaths than obesity and alcohol abuse combined; 5.4 per cent of all deaths in England in 2011. It costs the NHS £16.3 billion a year. UK motor tax has not encouraged people to drive less and reduce air toxicity.

Secondly, and thanks to the OBR, the current system is known to be fiscally unsustainable. Cars are becoming more fuel efficient and, in future, electric cars will become far more widespread. Revenue from motor tax will inevitably decline as we buy less petrol and diesel. That revenue amounted to £38 billion in 2012/13 – enough to fund the entire transport budget twice over. Without reform, other taxes must rise or further unpopular spending cuts will need to be found elsewhere.

Thirdly, motoring has become more expensive. Fuel prices rose by 23 per cent above inflation between 2007 and 2012. At the end of 2012, fuel duty made up 61 per cent of the cost of petrol and 59 per cent of diesel’s cost. This form of taxation is regressive, since it hurts poor car owners more than the rich. Because many are cannot afford to run a car at all, households in the poorest quintile take, on average, more taxi trips per year than other households. Motor taxation in the future must be more progressive.

Fourthly, new technologies can more easily facilitate reform. Smart phones with map apps, sat navs and pay-as-you-go insurance are some of the current examples. Cars of the future will be started with your thumb print and automatically call an ambulance if you crash. Information on how much we drive can, in theory, be linked to information on our income held by HMRC. Technology will allow the motor taxation system of tomorrow to be progressive, encourage behavioural change where it is needed and deliver a stable revenue for the state.

The challenge of public acceptance of such reform remains. Failure to secure consent risks a public backlash like that in 2008.

But we must end our dependence on polluting cars. Policies should be adopted to promote public and active transport and a green badge scheme introduced to encourage free parking for electric cars. We must also raise awareness of the toxicity of our air. The government will only be able to introduce stronger measures, such as low emission zones (through which motor tax reform can take place), once there is strong public demand for such action. Otherwise, policy makers will be validly accused of worsening the regressive effect of motor taxes.

Politicians will want to avoid making any suggestion of a national road pricing scheme. As things stand, the public simply won’t go for it. Instead, localities should be encouraged to use the available technologies to try a range of different approaches. This can begin immediately through various local, voluntary pilots and demonstrations. In time, these can grow in size and become joined up.

It will be a long and difficult path. But ignoring the challenge is fiscally irresponsible, regressive and ignores the pain and suffering of tens of thousands from air pollution. Embracing this challenge is both ethically and fiscally prudent.

Mark Rowney is a research fellow at IPPR

9 Responses to “Road tax should be more progressive”