With the Scottish independence argument hotting up, it’s important that the issue of devolution in England is not overlooked, writes Neil Foster. 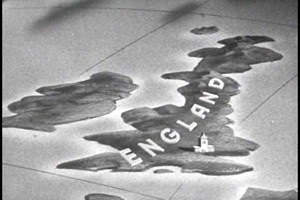 With the Scottish independence argument hotting up, it’s important that the issue of devolution in England is not overlooked, writes Neil Foster

With increased political attention in Scotland as the independence referendum looms nearer, it’s important that the issue of devolution of economic power in England is not overlooked. New polling published today shows that there is real interest and appetite for more decision-making to be taken from Whitehall and devolved to regional and local areas.

65 per cent of voters agree that ‘too much of England is run from London’, with just 13 per cent disagreeing and 19 per cent saying they ‘neither agree or disagree’. This view is strongest among Labour (78 per cent), Liberal Democrat (72 per cent) and UKIP supporters (71 per cent), reflecting a broad alliance of voters that believes the capital is too dominant.

An even higher proportion of voters (70 per cent) believe that London receives preferential treatment over other parts of the UK. Even a majority of Londoners polled (54 per cent) agreed.

Instead 50 per cent of voters believe ‘more economic powers should be delivered at a local or a regional level to allow local areas to develop their own economies’. 17 per cent said they did not know. Every socio-economic group has more ‘devolvers’ than ‘centralisers’.

There was no clear consensus on the precise body that voters preferred to host devolved economic powers. For all the rejection of a regional assembly in the North East in 2004, the most popular vehicle in our poll was ‘new regional bodies covering large areas to be elected by the public’ which was supported by 36 per cent of voters.

24 per cent opted for powers to simply be devolved to ‘all existing local councils in England’ and 18 per cent preferred ‘partnerships involving different existing interest groups like councils, businesses, trade unions, colleges and universities’. 23 per cent did not know which model they preferred.

The poll also asked who voters trusted most in making decisions about how services are delivered locally. Only 8 per cent trusted ‘government ministers’ most. 20 per cent preferred to trust ‘professionals in a national body appointed by government’. Most (49 per cent) chose ‘local representatives from local trade unions, businesses, public services and elected representatives such as councillors’.

The economic devolution agenda recognises the UK is over-centralised and that local decision-making is more trusted and appropriate. A growing number of politicians are awake to this agenda.

In 2012 Lord Heseltine highlighted how many other OECD countries have far higher local spending than the UK. In February chair of Labour’s Policy Review Jon Cruddas MP said the will look to “shift power from the centre” and Ed Miliband has argued Labour’s plans can represent “the biggest economic devolution of power to England’s great towns and cities in a hundred years”.

Northern Liberal Democrat MPs such as Tim Farron MP have also warned of the impact of cuts to the North and of Whitehall’s dominance in economic decision-making.

The UK is one of the most centralised countries in the developed world and has an unhealthy focus on its capital city. This holds us all back. In the coming weeks months the Devolve Deliver campaign network will look to ensure the next government recognises that it’s in the interest of all parts of the UK to devolve more economic powers across England.

Today’s poll suggests voters are keen too. Join our campaign to devolve powers to regions and local areas and help deliver a better future.

2 Responses to “Voters in England want devolution too”