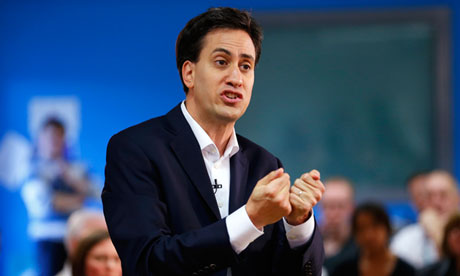 The Tory austerity drive – bound up as it is in the barefaced lie that Britain was brought low in 2008 by benefit scroungers and not reckless bankers – was never about fixing the economy. It was about shrinking the state.

As such, it was hardly surprising to see Cameron’s Etonian class warriors lining up behind the welfare cap. If a lion eats an antelope, you don’t blame the lion. It’s in its nature.

The real betrayal of Britain’s poorest and most vulnerable people was Labour’s support for this toxic policy. With 13 honourable exceptions – Diane Abbott, Ronnie Campbell, Katy Clark, Michael Connarty, Jeremy Corbyn, Kelvin Hopkins, Glenda Jackson, John McDonnell, George Mudie, Linda Riordan, Dennis Skinner, Tom Watson and Mike Wood – who all deserve praise for actually doing what they were elected to do, Labour MPs acquiescently lined up behind the welfare cap. If an antelope feeds its calf to a lion, that’s pretty shocking.

For a party that apparently wants to cut child poverty, Labour is going a funny way about it. According to Save the Children, the welfare cap will push 345,000 children into poverty in four years.

The measure will cap welfare spending at £119.5 billion in 2015-16. Because cyclical benefits like pensions and jobseekers’ allowance are excluded, Save the Children believe the £3 billion in savings necessary for the government to come below this ceiling will fall disproportionately on working age benefits vital for parents.

Another group that will be hit hard will be disabled people.

In a letter praising the 13 Labour rebels for being “decent people”, Merry Cross, an activist for Disabled People Against the Cuts and a leading member of Left Unity, the new party of the left in Britain, said that disabled people are feeling persecuted. They have been hit by all the benefit cuts affecting non-disabled people, including sanctions, as well as those dreamt up to target them in particular.

“So in addition to everything else we are subjected to the thoroughly discredited Work Capability Assessment; the eight months wait or more for Personal Independence Payments assessments (equally flawed) and perhaps worst, the closure of the Independent Living Fund for those most in need of help to live in the community,” Cross said.

“Of course the welfare cap only makes matters worse, because our needs are most likely to tip our benefits payments over the top. I pity those who only wake up to the horror of all this when they become disabled themselves, through accident or illness, for horror it truly is.”

I recently heard from a woman named Silvia who fell ill while she was studying to be a nurse. Shortly after going for an operation, she attended an ATOS assessment. Despite still having a tube in her leg attached to a pump, she was declared fit to work and ineligible for Employment and Support Allowance. It took seven months to get the decision overturned and her money refunded, but by then it was too late. Her rent was in arrears and the bailiffs were at the door.

Labour’s betrayal of impoverished parents and disabled people was designed to avoid a carefully laid trap set in Osborne’s Budget last week. Labour doesn’t want to appear “weak” on benefits. But in supporting the welfare cap, Labour has shown itself to be a weak opposition.

Miliband and Balls have bought into the myth of scroungers round every corner. That people are claiming benefits because they’re too lazy to go out and look for work. We know this to be a lie. In Dudley last week, 1,500 people queued three hours for 40 jobs at Aldi. Last year, 1,700 people applied for eight jobs at Costa. It’s not that people won’t accept low-skill jobs for poverty wages. It’s that the jobs aren’t there.

Britain’s economy may be at last picking up after three years of growth being stifled by austerity, but the recovery has not trickled down for those at the bottom of the heap.

If the government wants to bring welfare spending down, it needs to be investing in the economy and in people, not cutting vital public services.

And instead of supporting an ideologically driven and punitive welfare cap, Labour should call for a mandatory living wage. It will lift millions out of tax credits and save £6 billion a year. Anything less is a betrayal of the people the Labour Party was founded to represent.