Pedestrians, cyclists and motorcyclists now account for over three quarters of the casualties on London’s roads. 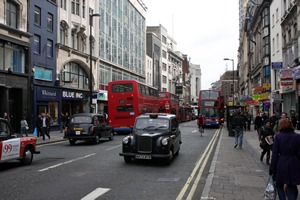 Pedestrian deaths and serious injuries have been getting worse under Boris Johnson. Although public outrage over the deaths of cyclists has been justified and perfectly understandable, sadly pedestrian deaths have not received the same publicity.

A rapid nine-year decline in the number of pedestrian casualties has gone into reverse and is heading back upwards in the last two years.

We need a serious discussion about why things are going wrong on London’s roads and today’s meeting of the London Assembly’s Transport Committee was a good start to answering that crucial question.

On being elected in 2008, Boris Johnson cut £35m a year from the road safety budget and made clear to road engineers that his priority was busting traffic jams rather than creating safer roads. Under the previous Mayor casualties fell by 17,000; under this Mayor they have risen by 700 a year.

Transport for London claim that they are now on top of things, but their answers left many of the Assembly members unconvinced. TfL have failed to look at whether the reduction of ‘green man’ time at 568 pedestrian crossings since 2010 has led to an increase in casualties.

A similar study probably needs to examine whether the introduction of SCOOT has increased casualties, as more time is now given to vehicles and growing numbers of frustrated pedestrians decide to risk an unsafe crossing, rather than wait for their ‘green man’ phase.

Whilst buses have played a key role in making London a liveable city and getting people out of their cars, it is clear that TfL have not been doing enough to minimise the injuries and deaths to pedestrians and cyclists. Although there are relatively few pedestrian casualties from collisions from buses (353 in 2012), when they do hit people it is often serious and life threatening.

The Mayor recently rejected my suggestion that the bus contracts should include financial incentives to minimise casualties.

The Mayor’s response to the key demands from campaigners is sluggish. He has failed to give extra financial support to borough wide 20mph schemes. Although TfL are slowly lifting their opposition to 20mph on the main roads, they are way behind what ordinary Londoners want to happen. A crucial test is how they respond to Camden, Islington and the City of London calls for all of their roads to be 20mph.

The road victim’s charity, Roadpeace, made clear that the next big hurdle for safer roads is reforming the criminal justice system. They want less emphasis on politicians talking up tougher penalties for rogue drivers, or cyclists and more emphasis on increasing the number of law breakers facing bans and fines for existing offences.

Enforcement of 20mph by the police is fairly non-existent in London, but TfL do have the ability to change this if they use the contractual muscle which comes from them funding the Met Police’s Transport command. The success of Operation Safeway is that it shows that the Mayor can do something to change the culture of our Lawless Roads.

What we now need is a follow up exercise which sees hundreds of police officers out enforcing the speed limit on local roads. We achieved a cultural shift with attitudes to drink driving and we can do the same on speeding.

This is very different to the last Mayor’s approach and there is a simple reason why he favours this generic target – it is easier to achieve. Far fewer car occupants have been killed or injured since this Mayor was elected, mostly as a result of changes to vehicle design. Vehicles have been getting safer, whilst London’s roads have been getting more dangerous for the more vulnerable road users.

Pedestrians, cyclists and motorcyclists now account for over three quarters of the casualties on London’s roads. They are the ones who need protection most and that is where the Mayor should be focusing his efforts.