US support for Egypt's generals has led to a situation where the human rights situation in the country is now comparable to the Mubarack era. 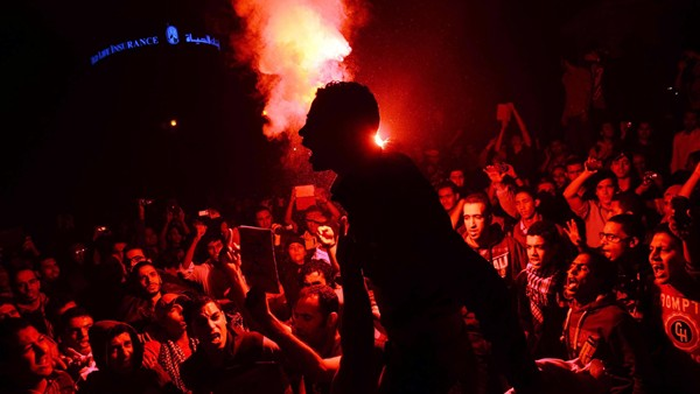 “The human rights situation in Egypt has become worse than the Mubarak era. Now they arrest anyone who tries to think about criticizing the government.”

This quote comes from Ahmed Maher, one of the country’s most prominent democracy activists and the latest victim of Egypt’s highly restrictive new protest laws enacted by the government last month.

Maher is completely right; the situation in Egypt is indeed dire. Protesters are killed with impunity, female activists report being sexually assaulted and dumped in the desert by the police, the army stand accused of torture, murder and disappearances. The government is also now expanding its crackdown to target the secular as well as Islamist opposition.

For informed observers, a transition to greater authoritarianism after Egypt’s first freely elected government was overthrown in a military coup in July was inevitable. Writing in response to the massacres a month later, Shadi Hamid of the Brookings Institution warned of “a future worse than Mubarak’s reign” in which “continuous civil conflict will be used to justify permanent war against an array of internal and foreign enemies”.

The main internal enemy for the new regime is the Muslim Brotherhood and its supporters, perhaps a thousand of whom have been killed and thousands more arrested since the military takeover earlier this year. The proceeding massacres in Nasr City and the Republican Guards Headquarters in July warranted little response from the West, with the United States in particular failing to use its leverage as the army’s main financier to discourage further violence.

By mid-August, the Independent’s Robert Fisk was reporting that “bloodbaths are now a daily occurrence” in Egypt. Particularly brutal was the army’s “massive assault” on protest camps in Cairo on the 14th, later described by Human Rights Watch as “the most serious incident of mass unlawful killings in modern Egyptian history.”

Appalled by the “killing spree”, the Economist lamented that they had “warned Western leaders that their lack of response to the July shootings would cause trouble; it has.”

Refusing to accept that a coup had even taken place in Egypt, the US sent a clear signal of support to the new government by providing it with 2000 tonnes of military equipment between July 3 and October 13, when the Obama administration belatedly suspended some, but not all, of its military aid to the country.

For many, however, this was too little too late, and the chance to restrain the Egyptian army before it escalated the slaughter had been well and truly squandered.

Shadi Hamid and Peter Mandaville write that “the Obama administration’s decision to maintain its aid flows in early July 2013 suggested not a lack of leverage, but the absence of the political will to use it”. Contrary to claims in the New York Times and elsewhere, the “prognosis” that “Washington lacks the money and leverage to do much more than help along the margins” is “fundamentally flawed”.

Arguing convincingly that “the United States has significantly more leverage with Egypt than is commonly assumed”, they continue:

“only the United States can provide the specific equipment, particularly crucial spare parts, that are needed to keep Egypt’s tanks and fighter jets operational. Re-export licensing requirements would make it very difficult for third party nations, including U.S. allies, to sell similar weapons to Egypt without Washington’s approval.

“Beyond equipment and parts, there is the provision of American advice and training. Beyond military aid, the United States is also critical to any Egyptian government’s hopes of securing a deal with the IMF that altogether could bring in as much as $15 billion, including associated grants and commitments. The United States has the largest share of voting rights on the IMF’s Board and it is unlikely that a deal with the Fund can go forward without a nod from Washington.”

Hamid later wrote on Twitter that “The Gulf can promise all the millions they want – and they will – but, again, it’s no substitute for US arms, equipment, training, etc.”, which before the military aid cut in October was estimated to “cover as much as 80 per cent of the (Egyptian) Defense Ministry’s weapons procurement costs.”

The United States should have made effective use of this leverage immediately after the coup, but instead chose to continue to provide enormous military and political support, even after the first massacres, thus giving an effective green light for the army to carry out further atrocities in August.

Relations have since been strained by the army’s violent excesses, but not to the point that aid has been terminated completely. Washington still plans to provide around half a billion dollars in military assistance annually to the coup regime, which despite a recent move towards improving relations with Russia still sees the United States as its “key ally”.

Fresh from praising the army for “restoring democracy” in Egypt, secretary of state John Kerry recently assured general Sisi that the reduction in US military support “is not a punishment” and remains only “a very small issue” between their respective governments.

“Our hope is that we can make the progress” needed to fully restore aid, Kerry explained, “and then we will march together hand in hand into the future with Egypt playing the vital role it has played traditionally.”

Kerry’s comments reflect a political reality for Washington, namely that it needs to be on the same side as the Egyptian army and cannot abandon them completely, regardless of their liberal use of state terrorism. The reasons for this are best explained by the former commander of the United States Central Command, General James N. Mattis:

As long as this is perceived to be the case, we can expect the United States to continue to support the generals, “financing Egypt’s killing” (Kenneth Roth, director of Human Rights Watch) as the crackdown continues and expands unabated.

3 Responses to “‘Worse than Mubarak’: human rights in Egypt and the effects of US military aid”