The Equality and Human Rights Commission (EHRC) has ruled that segregation as proposed by the vice-chancellors’ body is “not permissible” under existing equality laws. 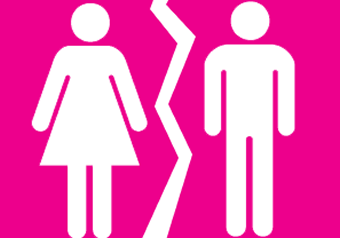 Universities UK  may be forced into a humiliating climbdown after the Equality and Human Rights Commission (EHRC) released a statement saying that segregation as proposed by the vice-chancellors’ body was “not permissible” under existing equality laws.

Chief executive of the EHRC Mark Hammond said: “Equality law permits gender segregation in premises that are permanently or temporarily being used for the purposes of an organised religion where its doctrines require it.

“However, in an academic meeting or in a lecture open to the public it is not, in the commission’s view, permissible to segregate by gender,” he added.

David Cameron has also now come out against gender segregation and said that he wants a ban on it in publicly-funded institutions.

“He does not believe that guest speakers should be allowed to address segregated audiences, so he believes that Universities UK should urgently review its guidance,” said the spokesman

This follows a statement by shadow business secretary Chuka Ummuna who told Left Foot Forward yesterday that a Labour government would not permit segregation on campus.

A spokesman for UUK said they would now be taking new legal advice on the guidelines.

“We are now working with senior legal counsel and the Equality and Human Rights Commission to review both our case study and the commission’s guidance to ensure that they are consistent and clear for universities,” the spokesman said.

“For the avoidance of any doubt, we are not talking here about enforced segregation,” the spokesperson said.

However the guidelines do in fact state that “assuming the side-by-side segregated seating arrangement is adopted, there does not appear to be any discrimination on gender grounds merely by imposing segregated seating”.

In other words, according to the guidelines visiting speakers are entitled to “impose” segregated seating arrangements on their university audiences.

Left Foot Forward has been at the forefront of the campaign against gender segregation in UK universities, and we have set out our reasons why here. The job of campaigners now is to keep pushing on this issue. There is every chance we may win.

7 Responses to “Gender segregation ‘not permissible’ under equality law”