A report published last Friday by the Foreign Affairs Committee shows how easily the UK government is willing to sacrifice human rights in return for Saudi oil. 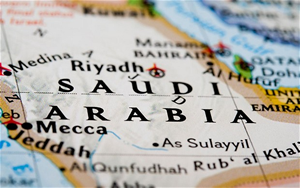 A report published last Friday by the Foreign Affairs Committee assessed the relationship between the UK and Saudi Arabia, as well as solutions to reduce certain tensions between the countries. Much of the conclusions imitate the pandering rhetoric we expect from western powers; particularly when referring to one of the most oil-rich nations on the planet.

What this report really gives the public is just another indication of how easily the UK government is willing to sacrifice their diluted human rights policy in return for some financial prosperity in the shape of Saudi oil.

This may seem fairly standard practice for those we claim hold our democracy afloat; yet it would seem that more notice must be taken in this case, as I do not believe we truly understand the danger that resides in Riyadh.

After the decision by President Obama and the UK Parliament to reject any US-led air strikes on Syria, the House of Saud protested the decision by refusing a seat on the UN Security Council. The response by the UK to this protest was one of submission; as the Foreign and Commonwealth Office (FCO) stated that:

“Saudi Arabia is an important regional partner, which is taking an increasingly active international role. It shares many of the UK’s goals in the region and it is important to work closely with Saudi Arabia on these shared outcomes.”

It would seem these outcomes are only shared through Westminster eyes as King Abdullah and his regime are living by a completely different set of rules. The nation, built on its vast oil reserves, is led by a violent monarchy in which military spending is the primary objective, free press is illegal and, lest we forget the proud record of being the only nation on the planet to not allow women to drive a car.

It would seem that the House of Saud has taken the tongue-in-cheek term of ‘women can’t drive’ to a new literal height, and action against the kingdom should be a priority for the UK government.

This tyrannical system is not hidden, but embodied by the religious law-enforcement agency known as the ‘Committee for the Propagation of Virtue and the Prevention of Vice’ (Mutawwa’in), unconstrained  by any utilitarian or moral considerations.

In recent years, there have been several cases that Parliamentary eyes seem to be blinded from. For example, in 2002, the Mutawwa’in arrived at a burning school building; as they were made aware of girls still trapped, this pious police force refused to help the children.

In fact, they tried to stop others from helping them as the girls were not deemed to be wearing the correct public attire set out under Sharia. This cost the lives of 15 young girls. As horrific as this may seem, the judicial system does not show any improvements with such crimes as ‘illegal mingling‘ for a woman who was raped, only to have her sentence lengthened (longer than some of her attackers) for speaking out about the court’s decision to revoke her lawyers practicing status.

The FCO’s report is rife with post-9/11 rhetoric about bringing democracy to nations who have repressed and damaged the morale and lives of their citizens. It would seem almost too obvious that the first point of call for such a task would be the native country in which over 75 per cent of the hijackers sprung from in the attacks over 12 years ago.

The notion is not enforced in the case of Saudi Arabia, in fact something quite the opposite. The same could not be said to UK response of other repressive factions in the region, in particular the drone strikes in Afghanistan.

The tragic crimes that go on each day within the House of Saud are not only ignored for the most part, but the lack of response to these atrocities creates an almost congenial aura around the actions; with the current coalition consenting and providing oversight to one of the most repressive nations on the planet.

This seems to be a fairly universal viewpoint among the supposed democratic nations, as the recent farcical appointment of Saudi Arabia to the UN Human Rights Council proves.

Since that appointment, there have been unconfirmed reports that they plan on taking a much more violent approach to the Assad regime in Syria by spending millions of dollars training Syrian rebels. The western deal with Iran seems to be another irritant for King Abdullah as he pushes for control of the region, including a way to hold the nuclear leash.

Between the domestic policy and response to rival nations in the region, the FCO report should have only read but a few words; stop this Saudi dream now!