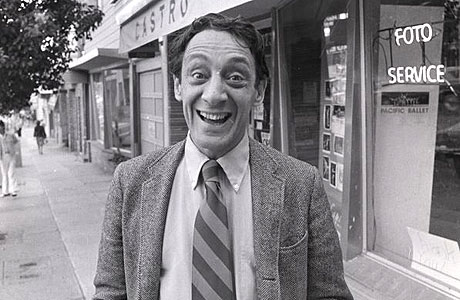 As America marks the thirty-fifth anniversary of the death of California’s first openly gay politician, Larry Smith looks at where his legacy lives on

27 November, 1978. A recently-resigned member of San Francisco’s municipal Board of Supervisors, Dan White, rides to City Hall with scores to settle. He evades security, talks his way into a meeting with mayor George Moscone, and shoots the charismatic liberal politician dead.

He then heads down the hallway to the office of his former colleague, Harvey Milk, and fires again. The president of the Board, Dianne Feinstein, hears a noise and goes into Milk’s office. She tries to get a pulse, but her fingers go through a gaping hole. The first openly gay elected official in Californian history is dead.

In the days and weeks after the assassination of Milk and Moscone, tensions that had been building in San Francisco for decades burst into the open. The gay community, which had been growing since the War in the Pacific and boomed under Milk’s leadership of the Castro district, erupted in sorrow.

San Francisco’s police force, festering with homophobia and dominated by the city’s fading Irish community, saw a chance to get even. The lenient sentence handed to White half a year later exacerbated tensions further.

It fell to Feinstein, the controversial centrist politician who succeeded Moscone, to stitch the fabric of the city back together.

While Milk was a martyr in death, many of his progressive ideals came under assault in the years that followed. Feinstein’s pro-business administration swept aside his crusade against high-rise developments, and his efforts to preserve the village-like spirit of San Francisco’s old neighbourhoods were undermined as more and more wealthy individuals – some of them gay – bought up the city’s residential property.

His unashamedly militant approach to gay rights lingered on, but struggled for wider relevance as the Reagan Revolution and its socially conservative advocates captured Middle America.

However, as America marks the thirty-fifth anniversary of his passing, Milk’s once-radical demand that gays receive full equality has never enjoyed greater support. Milk himself preached that the more gay people came out to their families and friends, the more straight people would recognise their rights.

This has not proven true in every case – just look at the recent disagreement between Dick Cheney’s lesbian daughter Mary and her sister Elizabeth – but in general, more Americans say they know a gay person, and more are inclined to say they deserve rights such as same-sex marriage.

Moreover, Milk’s insistence that gay men and women deserve basic human rights is now becoming a part of American law. Just over 25 years ago in a ruling that upheld anti-gay laws, the then-chief justice of the Supreme Court Warren Burger wrote:

“To hold that the act of homosexual sodomy is somehow protected as a fundamental right would be to cast aside millennia of moral teaching.”

In a Supreme Court ruling that invalidated this judgement seventeen years later, another Californian, justice Anthony Kennedy, found gay people were entitled to the equal protection of the constitution “in their own search for greater freedom”. He returned to that argument earlier this year when the court struck down the Defence of Marriage Act.

Milk’s own service has also inspired a generation of LGBT Americans to make it into politics. Gay men and women have served in the US House of Representatives, and last year Wisconsin Congresswoman Tammy Baldwin succeeded in becoming the first LGBT member of the US Senate. New York City Council Speaker Christine Quinn attempted to become the city’s first openly gay mayor this past September, and Maine Democratic representative Mike Michaud could become the US’s first openly gay governor if he wins next year.

Yet there is one other important thing we should take from Harvey Milk’s extraordinary life. As his biographer Randy Shilts chronicles in The Mayor of Castro Street, Milk was a man of many contradictions. A middle-class Jewish boy brought up on Long Island, he served in the navy, worked in finance, dabbled in the New York arts scene and counterculture before his rise to prominence as a politician.

His chequered life shows that gay people are as complex and diverse as their heterosexual counterparts. In an age when TV stereotypes and Grindr would sort those of us who are gay into reductive tribes, such an example burns particularly bright.