Tory MEPs have voted against an EU initiative to fight caste-based discrimination in a vote today in the European Parliament. 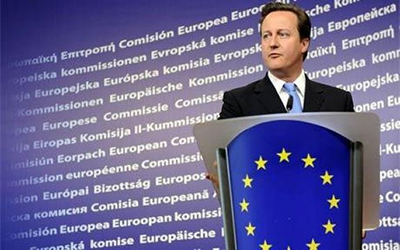 Tory MEPs have voted against an EU initiative to fight caste-based discrimination.

Labour had called for the inclusion of a ‘caste-based discrimination clause’ to be included in all trade and association agreements.

But despite initially backing the measure, in a vote today in the European Parliament all Conservative MEPs voted against the ‘mainstreaming of anti-caste based discrimination in EU and European External Action Service (EEAS) policy’.

They also all voted against the inclusion of a ‘caste-based discrimination clause’ in trade agreements.

UKIP abstained on both.

Caste-based discrimination was outlawed by the UK parliament in April of this year, and Tory MEPs voting against a similar measure in Europe puts them at odds with David Cameron’s government. Tory MEPs have previously voted with UKIP and the BNP against UK government climate change policy.

Michael Cashman CBE, MEP and co-author of the resolution, said the vote showed the Tories were “not serious” about human rights.

“It is hard to believe the Tories have voted against our Action Plan to end caste-based discrimination. This shows once again that they are not serious when it comes to human rights. The millions of victims require an explanation.”

One Response to “Tories vote against anti-discrimination legislation in Europe”