If anyone should be complaining about BBC bias it is the left rather than the right. 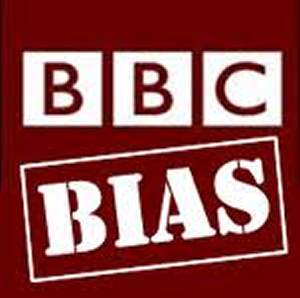 “The personal political views of news presenters are often transparent when they conduct interviews. Interviewees with whom they do not agree are talked over and interrupted, and another question is asked before the first has been answered in an aggressive style that contrasts noticeably with the respectful, unchallenging approach shown to favoured interviewees,” Ms Watkinson said.

Fellow Tory Alec Shelbrooke has also attacked Question Time for being “dominated by left-wing opinion”. He added that the show included too many non-politicians as panellists.

Aside from the fact that non-politicians on the QT panel are almost always far less cagey – and therefore much more interesting – than their politician counterparts, is QT, and the BBC in general, guilty of left-wing bias?

With QT the panel is generally made up of a mixture of guests from across the political spectrum. I have in the past noticed that the audience tends to lean more to the left than the right, but it is hard to see how this is manufactured in any way by the BBC – I’ve been in the QT audience myself and recall no questions being asked as to my political persuasion.

I would also add that the QT audience often leans heavily toward “establishment liberalism”, as Nick Cohen puts it, more than it does leftism – a very important distinction which would take too long to go into here.

As for the much bigger question of whether or not the BBC is actively cool toward the conservative view of life, it is about time this notion was put to bed once and for all (it won’t be of course, for the right will have learned from the US that aggressively accusing television channels of “bias” is the best way of ensuring their servility).

In August 2013, academics at Cardiff University investigated so-called political bias at the BBC. They looked at news coverage from both 2007 and 2012 so as to analyse coverage under both the last Labour government and the Coalition.

Far from left-wing bias, the researchers found a clear bias toward the Tories. Whereas in 2007 Gordon Brown outnumbered David Cameron in appearances by a ratio of two to one, in 2012 David Cameron outnumbered Ed Miliband by nearly four to one. Across the entire period researchers studied, Tory politicians were featured more than 50 per cent more often than Labour ones. The researchers concluded that:

“The evidence is clear that the BBC does not lean to the left it actually provides more space for Conservative voices.”

The same was true of the corporation’s business coverage:

“Opinion was almost completely dominated by stockbrokers, investment bankers, hedge fund managers and other City voices. Civil society voices or commentators who questioned the benefits of having such a large finance sector were almost completely absent from coverage. The fact that the City financiers who had caused the crisis were given almost monopoly status to frame debate again demonstrates the prominence of pro-business perspectives.”

In other words, if anyone should be complaining about BBC bias it is the left rather than the right.

32 Responses to “‘BBC presenters have deeply held left-wing political views’. Do they? That’s not what the evidence suggests”