This government has repeatedly shown itself incapable of thinking beyond the level of the individual. In doing so it has sidelined questions about the kind of society that it's policies are creating. 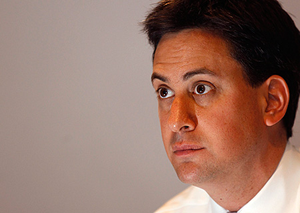 Simon Ravenscroft is a PhD student at the University of Cambridge, working on the social theory of Ivan Illich

This government has repeatedly shown itself incapable of thinking beyond the level of the individual. In doing so it has sidelined questions about the kind of society that its policies are creating.

This is its chief ideological victory. To the extent the left gets dragged into debating questions posed on the level of the individual, it has already lost the main argument. Instead it should be seeking to ask its own questions.

I want to look at one example in depth to illustrate my more general point. Since I live and work in a university, I’ll pick the debate over the tripling of higher education tuition fees. This was a debate the left lost, and so it’s worth looking to it for some lessons.

At the time the government and media mantra in justification of this policy was: “People with degrees get higher-paying jobs, should they not be expected to pay for this privilege?”

Ideologically speaking this is a trick question, because whether you answer yes or no you’ve already been dragged into thinking about higher education in an individualist way – that is, as education as a private, individual good. Many protestors against the government agenda fell into this trap by turning to the language of ‘rights’: “Education should be free because it is my human right”.

This doesn’t go anything like far enough. The language of rights still requires us to think about education in private, individualised terms (“my right to my education, which benefits me”).

But higher education is not just a private good, it is also a public good. And this is the point that is continually glossed over in debates. For example, having a highly-educated populace is crucial for a healthy and thriving democracy; it enhances our common life, both culturally and otherwise; there are also economic benefits that are felt beyond the level of the individual by society as a whole.

Given this, is it not right that there is a public contribution to higher education, given that we all feel the benefit? Reducing the question to the level of the individual (and forcing students to think about it this way by loading them with debt), only inhibits a whole generation’s ability to think of themselves as part of something bigger than themselves – a society – to which they should be contributing.

If we take the point that higher education is a public good, we then have to talk about how we distribute this public good. Two common views here are that, on one hand, we should have a meritocratic distribution (people are given university places on the basis of ‘intellectual merit’), and on the other, an egalitarian distribution (as many places as we have should be distributed equally among all those who want them).

One can debate which of these is better, but it is worth noting that (as Cambridge philosopher Raymond Geuss has said) neither of these forms of distribution are the same as distribution based on who has the ability to pay, or who is willing to take on huge debt. The latter form of distribution is horrifically regressive by contrast, creating significant barriers for the poorest in our society and giving the better off an even greater head-start than they already have.

Those on the right regularly manipulate the direction in which public debate goes by asking particular kinds of questions that have individualist assumptions. Take discussions around healthcare and patient contributions. The question is: “if you’ve had the treatment, sure you should pay for it?”

Those who really want to resist this proposal must refuse to answer this question. They must respond by asking instead, “do we want to live in a kind of society where access to healthcare for the sick and injured is based on their ability to pay?”.

If the left is to protect other public goods it fought for so many years to establish, like the NHS, then it needs to look more carefully at the questions it’s faced with, and consider asking different ones. This is crucial if it is going to successfully defend a vision of society that is more than just a collection of self-interested individuals who happen to live in the same geographical area.