As the Labour faithful meets in Brighton this week, one of the party’s council leaders has warned that local authority-run services face being 'decimated' the way Thatcher destroyed many nationalised industries in the 1980s. 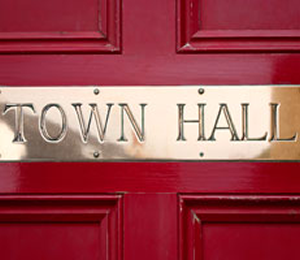 As the Labour faithful meets in Brighton this week, one of the party’s council leaders has warned that local authority-run services face being ‘decimated’ the way Thatcher destroyed many nationalised industries in the 1980s.

As the ConDem coalition engages in a round self-congratulatory assessments of the economy, Anthony Christopher, Labour leader of Rhondda Cynon Taf council in Wales, and its chief executive, Keith Griffiths, have warned in a letter to council staff that the authority’s budget shortfall, currently standing at £56 million over four years, may “rise significantly as the austerity measures are predicted to bite even harder”.

In a statement issued alongside the letter, Councillor Christopher declared that in his 25 year in local government neither he nor his colleagues “have ever had to consider such a bleak financial outlook”.

“So severe are the cuts being imposed on public sector funding by the UK government we are faced with making some unprecedented and difficult decisions.

“I very much fear that just as Thatcher decimated our nationalised industries locally in the 1980s the same effect is going to be felt on our public services locally because of the ruthless austerity measures being imposed by the UK government.”

Concluding that the pressures facing the council are now such that it is inevitable the council will have to “reduce the number of people” it employs, he continued:

“We will do all we can to avoid the need for compulsory redundancies, but with such a dramatic reduction in the level of service we provide being necessary, it is impossible to rule this out moving into the future.

“These are not decisions I or any of my fellow Councillors want to take. When making these tough decisions, we will be fair and equitable but there is no doubt the impact will be felt across every community in Rhondda Cynon Taf.”