Greater Manchester police has referred itself to the Independent Police Complaints Commission (IPCC) following the death of a young man after attending a call out. 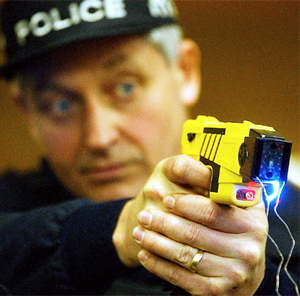 Greater Manchester police has referred itself to the Independent Police Complaints Commission (IPCC) following the death of a young man after attending a call out.

Jordan Begley, aged 23, was shot by police with a stun gun this week after police were called to reports of a man armed with a knife. His friends deny that he was armed, and the details of this situation will hopefully come out in the IPCC report.

The Home Office has published routine statistics on the deployment of stun guns in England and Wales since its introduction in England in Wales in 2004, after an initial 12 month pilot.

The deployment figures do not refer to actual use, and Home Office suggests that the weapon is only fired by police in 30 per cent of situations where it is deployed. 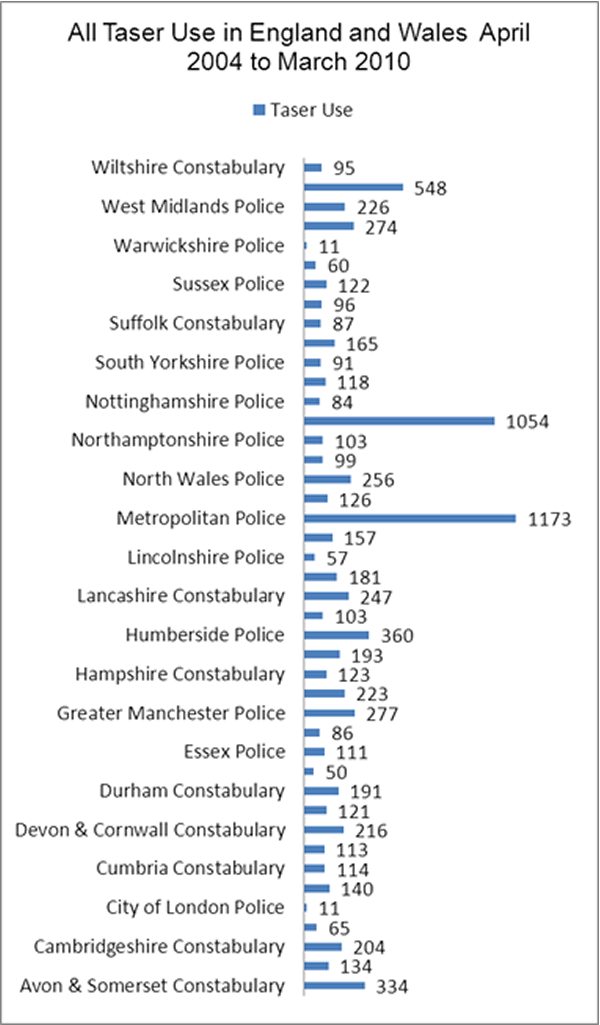 This routine referral to the IPCC following each death by British police is an insignificant response, and the lack of published government data on deaths caused by tasers is a human rights issue. The Home Office should now investigate the numbers of deaths following deployment of tasers in England and Wales, the causal factors, and actions taken to review and improve their deployment since they were introduced.

Stun guns are designed to deliver two actions when fired: firstly it causes rapid muscle immobilisation causing the person to fall; and secondly, it delivers a pain experience, used to quieten the person.

It is intended to be a non-lethal weapon, but there have been many deaths reported following its use in England and Wales, but no research or inquiry has been conducted that takes a high level review of all of the cases.

We currently do not know from published government data the annual pattern of the use of tasers nationally. We do not know how many have died after being shot by tasers since 2003 in England and Wales, and the specific factors contributing to their deaths.

In many cases, the circumstances are contentious with vulnerable victims, and inconclusive inquest results. The demographic background of victims need to be included in this study as a high number appear to come from disadvantaged, poor and vulnerable backgrounds.

What is the picture internationally?

Stun guns are in prolific use internationally, and Amnesty International undertook analysis of stun gun deaths in the United States.

Five hundred deaths since 2001 following the use of tasers in the USA is an exceedingly high rate for a non-lethal weapon. That a human rights organisation conducted this research suggests that US government data on deaths following shooting with stun guns is also the subject of secrecy as it is in the UK.

No one is suggesting that police should not be provided with appropriate technology and equipment to enable a proportionate response to threats, in order to protect themselves and the public.

However, there should be comprehensive and continuous evaluation of the technology, and an inquiry into the potential harms where tasers are used on vulnerable members of the public. Results should be placed in the public domain.

In France there is also concern that police appear to use tasers with impunity.

Again, the responsibility rests with a human rights group, this time, France24, to lead on concerns following significant increases in uses and abuses of the technology (in one cited case, the weapon was discharged by police after someone displayed a ‘hostile attitude’).

There are concerns in France about the serious injuries and deaths caused by tasers used by police.

Jordan Begley’s death should be the one that leads to proper accountability and responsibility for the use of this weapon, and should lead to a comprehensive, independent review of the deaths of those who have died in this callous way after police shootings.