Investors around the world are putting their trust in the only Labour government in the UK, according to new figures released yesterday. 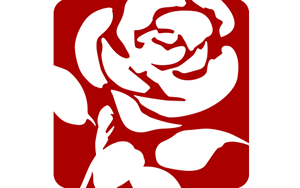 Investors around the world are putting their trust in the only Labour government in the UK, according to new figures released yesterday.

UK Trade and Investment’s Inward Investment Report for 2012/13 has confirmed assertions previously made by Welsh first minister that inward investment is on the increase.

According to the report, in the last year Wales saw a 191 per cent increase in the amount of investment made by foreign companies. The equivalent figures for the rest of the country were 41 per cent for Northern Ireland, 16 per cent for Scotland, 10 per cent for England and 2 per cent for London.

According to the Welsh government, the investment has safeguarded 4,442 jobs in the 2012/13 financial year and created an additional 2,605 jobs.

“The report shows the number of inward investment projects for Wales rose by almost 200 per cent on the previous year, while the number of jobs created and safeguarded in Wales increased by more than 100 per cent…

“Over the last few months, the economy minister has promoted Welsh interests in Los Angeles, Norway, Japan and Russia. Next month she is due to visit Germany, while multi-sector trade missions to Qatar, Istanbul and Shanghai are planned for later this year.

The finds will be a further boost for Welsh Labour following encouraging polling results published earlier in the week showing considerably increased support for the party in Wales. The survey, conducted by YouGov for the ‘Elections in Wales’ blog, found that on voting intentions for Wales, Labour’s support has increased by 12 per cent since the last election to 48 per cent.

The only other party to register an increase was UKIP, which has increased by 6 per cent to 8 per cent – equal with the Lib Dems.

On the Assembly Constituency vote meanwhile, Labour’s support has increased since the last elections by 4 per cent to 46 per cent. Interestingly, on this vote as the Conservatives have fallen by 6 per cent, UKIP have picked up 6 per cent of the vote at the same time.

“As parliament and the National Assembly begin their summer recess, this YouGov poll provides a valuable end-of-term assessment of where the parties stand in Wales. It shows that the resurgence in Labour support in Wales since the 2010 general election continues unabated. And Labour is taking support from all the other parties. Conservative support is now coming under pressure, threatening many of the eight parliamentary seats the Party now holds in Wales and the Tories’ status as the official opposition in the National Assembly.

“The poll does reveal some limited good news for Plaid Cymru. Their strong showing on the regional list vote means that they are currently on course to regain their status as the second largest party in the National Assembly. But the poll offers little comfort to the Liberal Democrats. It also suggests that UKIP’s English breakthrough is having some resonance in Wales – although, ironically, this is more likely to result in seat wins for the National Assembly than in the UK parliament.”

According to the blog, if these figures were replicated at a Westminster Election the following seats would change hands:

Such a scenario would see Conservative representation in Westminster from Wales cut in half to four seats, just at the moment that David Cameron would need to increase the number of seats he holds if he is to entertain any possibility of forming a majority government of his own.