I believe that family instability is a problem. But it is not necessarily a consequence of the decline of the nuclear family. In modern Britain families come in all shapes and sizes and we should celebrate that. 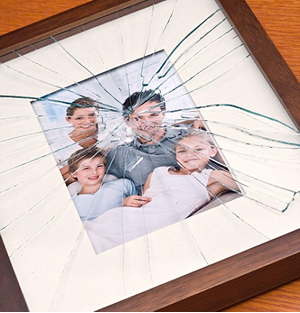 Lone parent families are increasing at a rate of more than 20,000 a week we are told. They are will total more than two million by the next general election we are warned.

The director of the Centre for Social Justice, Christian Guy, talks about a “tsunami” of family breakdown “battering the country”.

The first thing to say about these figures is that being in a single parent family is not necessarily a disaster. Far better to be in such a family than having women and their children trapped in violent and abusive relationships.

Furthermore I know great single parent households, mostly female headed. The majority of them are amongst some of the best mothers I know and their children do well.

It’s also worth pointing out that the negative economic and social outcomes for lone parent families often relate to their poverty rather than the absence of a father. I am a single parent. My son graduates in law this summer. But I have earned an above the average salary all his life. That makes a difference.

The CSJ is right to point out that “people throughout society want to marry” and they are correct to stress the importance of family stability. But such stability does not necessarily mean that you have to be in a nuclear family with 2.2 children and a marriage certificate.

Increasingly we are seeing a variety of family formations, whether it an extended family or a same sex relationship. Children in a stable extended family, where male and female grandparents or cousins etc play a big role, can flourish.

As a single mother myself I took some trouble to make sure that my son had male role models in his life. Other single parents I know did the same. And in our big metropolitan areas people increasingly make their ‘families’ where they find them.

CSJ is also correct to say that “family breakdown is an urgent public health issue”. All kinds of public health challenges including sexual health and mental health are better addressed in the context of a stable family.

But CSJ seems to overlook the real causes of family instability. These are overwhelmingly economic. Under Thatcher and then Blair we have seen the de-industrialisation of many parts of Britain and the collapse of manufacturing.

This has deprived too many men of the possibility of gainful employment. Generally working class women have adapted better to the new service economy than working class men.

Without the means of earning a living and supporting their family, too many men face the ‘crisis of masculinity’ that I have written about elsewhere. And the ‘flexible labour market’ so beloved of neo-liberals (inside and outside the Labour Party) necessarily involves more job instability and insecurity.

The study raises the important issue of male teachers. In England and Wales one in four primary schools has no male teacher, and 80 per cent have fewer than three. For years I have worked on the issue of black underachievement and in particular why black boys fail.

As a result of that work I am convinced that seeing men in the classroom is very important for boys and their academic potential. So I think that we need to look at special measures to get men into primary school teaching and focus on recruiting them.

In conclusion I believe that family instability is a problem. But it is not necessarily a consequence of the decline of the nuclear family. In modern Britain families come in all shapes and sizes and we should celebrate that.

2 Responses to “The real causes of family instability are economic”