Len McCluskey, general secretary of Unite, has warned Ed Miliband of the need to keep Labour firmly on the left, in order to avoid defeat at the next general election. Specifically, Miliband has been advised by McCluskey to purge the shadow cabinet of its remaining Blairites, in the form of Jim Murphy, Douglas Alexander, and Liam Byrne. 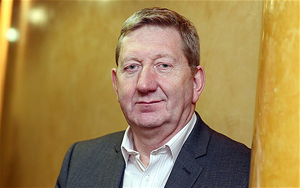 Len McCluskey, general secretary of Unite, has warned Ed Miliband of the need to keep Labour firmly on the left, in order to avoid defeat at the next general election. Specifically, Miliband has been advised by McCluskey to purge the shadow cabinet of its remaining Blairites, in the form of Jim Murphy, Douglas Alexander, and Liam Byrne.

This has predictably led to claims of divisions in the Labour movement, and to accusations of disloyalty to the trades unions, particularly Unite, which was responsible for Ed Miliband’s 2010 leadership victory. Unite is also Labour’s biggest financial backer. 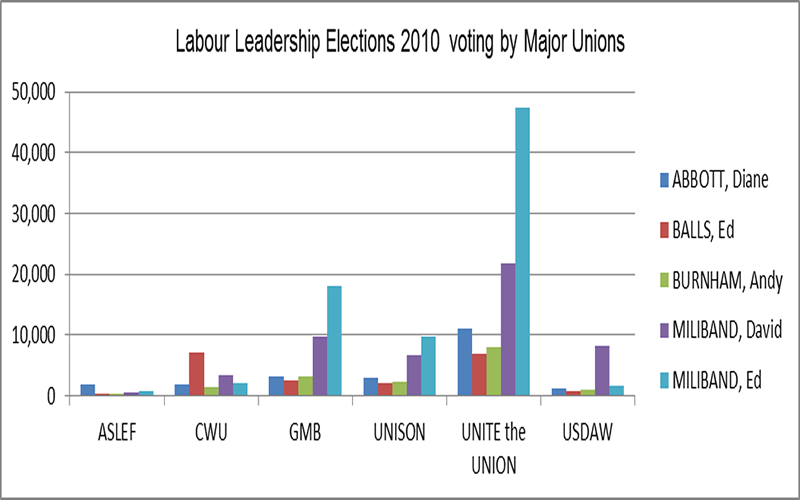 The left of the Labour movement strongly supported Ed Miliband, and it is nervous of signs that Ed will not follow through and deliver centre-left policies.

Ed Miliband was clear when he announced his shadow cabinet that it was drawn from “a broad range of talents across our party”.

Until recently, he kept the door open to his brother David, even allegedly considering offering him Ed Ball’s job. He has also in the past shown interest in listening to Tony Blair, perhaps until the latter’s recent advice on the direction he thinks the Labour Party ought to head in so as to avoid becoming  a party of protest.

What McCluskey is really doing is standing up for workers, particularly those in the now vilified public sector, whose rights have been dangerously eroded, and where roles have been stripped out of services such as the NHS, with very adverse impacts on services to patients. He is warning Ed Miliband not to develop an economic policy that simply echoes the coalition in a more palatable form (‘austerity-lite’), because the public will see through it, and will not find it offers a sufficiently different alternative.

An alternative to ‘austerity lite’

The interview given by Harriet Harman on the Andrew Marr Show in April is a signal of an ‘austerity-lite’ approach that McCluskey and many on the left fear. This interview was about trying on coalition clothes to see how they fit, and they were very ill-fitting indeed.

With such a hardline, Tory-led government in power, Labour needs to provide a strong alternative on the left, and the unions’ traditional strength in protecting worker’s rights is vital here. This is not about being ‘red’ as many working, formerly coping families are finding themselves pushed off the edge of a cliff. After all, in his One Nation Conference speech in 2012, Ed Miliband said this:

“I want to talk to all of the people of this country who always thought of themselves as comfortably off, but who now find themselves struggling to make ends meet. They ask: Why is it that when oil prices go up, the petrol price goes up. But when the oil price comes down, the petrol price just stays the same? They ask: Why is it that the gas and electricity bills just go up and up and up? And they ask: Why is it that the privatised train companies can make hundreds of millions of pounds in profit at the same time as train fares are going up by 10 per cent a year? They think the system just doesn’t work for them.”

Labour needs to be a strong opposition, and a good example is its pledge to reverse the NHS Health and Social Care Act. Further achievements will be ensuring that a growth programme for housing and jobs is central to economic policy.

There is nothing wrong with Ed, as leader of the Labour party, claiming the right to decide the direction of the party – indeed it is necessary – but this means listening to key players such as McCluskey. The fear of being labelled ‘red’ shouldn’t drive the party to mimic the Tories; Miliband should find a way to identify a common discourse with McCluskey. The electorate will thank him for it in 2015.