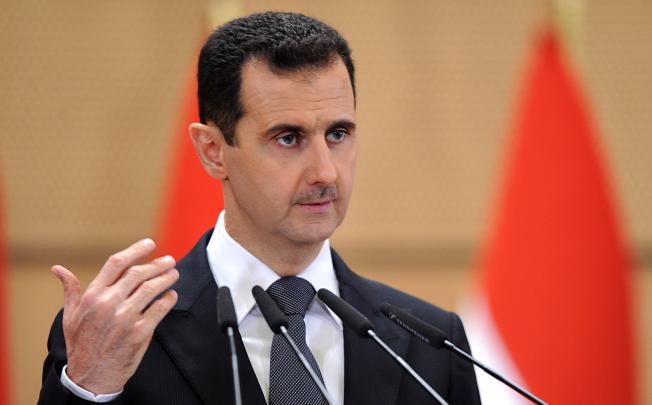 The general conversation on Syria has been rather quiet of late; and Syria has noticed. One Syrian blogger in Homs, referenced by CNN, recently noted that attempts by the international community are too little, too late, saying:

“Syrians are doing things on their own and no one will help them.”

Rebels resisting their government’s terrorism (the UN estimates that more than  60,000 people have died in the civil war) by themselves, without foreign interference, would be good in principle were it not for the powerful displays of support for the status quo by nations such as Iran, China and – importantly – Russia.

Recently it was said that Russia’s only focus in Syria is not to keep Assad where he is at all costs, but to do with the anxieties about the implications of US power. Why can we smell a rat here? Because it seems like a lame excuse, given by Russia now that the world can see the country is on the wrong side of history.

Russia has maintained that president Assad wishes for a peaceful transition – but it won’t have the option of saying this any longer, not since Assad himself said, whilst addressing his nation recently, that he would risk all-out destruction rather than step down.

The veil for why Russia continues to support the status quo in Syria is becoming ever-thinner. For example, why, if the country only wants peace in Syria, did it still continue selling weapons to Assad? After losing great big deals when Gaddafi was overthrown in Libya, and after sanctions on Iran lost Russia’s arms export industry £13 billion, the lucrative arms deals it enjoyed with Syria would have been a saving grace.

Sales to Syria over the past decade have amounted to about 10 percent of Russia’s total weapons exports – perhaps this kept Putin’s gang interested.

Furthermore, are we so naïve as to believe that the armada of Russian warships circling the eastern Mediterranean are there to remove Assad’s chemical weapons, or is this another way in which Russia plans to protect the status quo by, to quote the Russian diplomat who The Sunday Times spoke to, “deter western ground force[s]”.

Russia is really not interested in keeping the peace. President Obama’s recent proclamation that “the time has come for president Assad to step aside,” has been used by Russia to propagate conspiracy that a foreign intervention is coming for which we’ve only got to look at Iraq to anticipate the result.

This is nonsense – to be sure if there wasn’t some caution on the part of the US to intervene, they would have done so already.

In order to return to the right side of history, Russia needs to focus less on conspiracy theory and more on how Assad himself is diminshing hope of peace in Syria. When I spoke to Julie Anna, who is a fellow at the Institute for Middle Eastern Democracy, she told me that:

“Assad has one of the biggest chemical stockpiles in the region and the FT reported today that up to 50 tons of enriched uranium may be in Syria, enough to build 5 atomic bombs. There is also fear that Iran or terrorist groups, such as Hezbollah and al-Qaeda, could try to get hold of the material, as soon as chaos unfolds.”

Instead, Russia are simply getting in the way of upping the pressure on a dictator who has admitted in public that he will not go without a fight.

To credit the opposition groups in Syria, they want the fight, too; until the end. As the New York Times pointed out, referencing President Assad’s recent address:

“He gave no acknowledgment that the rebels have come to control large parts of the north and east of the country, nor that many ordinary Syrians continue to demand change in the face of a crackdown that has laid waste to neighbourhoods and killed tens of thousands, nor that even longtime allies like Russia have signalled that Mr Assad may be unable to defeat the insurgency.”

Against the odds the insurgents have held strong, in spite of the air strikes and disproportionality of power – but inevitably they will get tired.

One plus point is to see the hard work of opposition sympathising lawyers, recently reported about in the Washington Post, who are currently hoping to shed light on the issue of more than 140 arrest warrants against senior government officials, most for war-related crimes – but are unsure as to whether these warrants, let alone the courts, will have any authority while Assad remains in power.

This noble work is being carried out in order to prevent revenge killings – giving optimism, before the Assad regime has fallen, that the path towards the rule of law is already being paved by those interested the most in seeing a new kind of politics flourish in Syria.

When the Syrian blogger “Big Al” says “the world watched and is still watching Syrians get slaughtered and did nothing and will continue to do nothing”, we hear the desperation of someone who has called out for help and received nothing.

But as a final insult, the opposition hears Russia implicate anyone but the Assad regime as being the reason there is no peace in Syria. Russia most certainly is on the wrong side of history, but the brave opposition is by no means there with it.