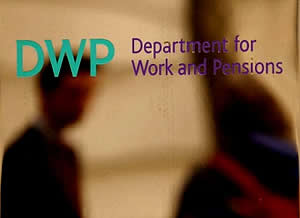 Bill Davies is a research assistant at IPPR North

Today, the first tranche of data on the government’s flagship welfare-to-work scheme, the Work Programme, were released by the Department for Work and Pensions to surprisingly little fanfare.

A glance at the DWP Press Department’s Twitter account showed the Department were out on the defensive before the data was released. Looking at the data, this is not a huge surprise. The headline figures show that from the 836,000 long-term unemployed who joined the programme, only 3.73% found work lasting 13 or more weeks (the measure of a job outcome).

Assessing raw programme figures is not without its share of risk, and being fair to the DWP, these figures depress actual performance. For instance the most recent attachments to the programme (May, June and July of this year) could not have registered a 13-week employment outcome. It is a statistical impossibility, and as a consequence those joining in the final three months should be removed from the data.

This is a large number of jobseekers to factor out (144,000), and once this is taken into account the figures come in at the higher rate of 4.5%. However, this is still 1% below the government’s minimum requirement of 5.5% for the programme’s first operating year – and is also below the 5% non-intervention ‘deadweight’ rate, the level at which participants would have found a job anyway.

The figures need to be put into context. The best estimator of how a programme will perform is to look at how similar programmes perform in similar circumstances. The key example is the Flexible New Deal, a programme introduced by the Labour government in 2009, but scrapped by the coalition in the summer of 2011 after then employment minister Chris Grayling (in November 2010) described it as “chronically mismanaged and fundamentally flawed”.

Nevertheless in all of its essentials, the Work Programme is identical to its precursor, the Flexible New Deal. Both are delivered by private and voluntary sector prime contractors who work with the long-term unemployed when they have been in receipt of the Jobseeker’s allowance for 12 months. (See Deacon and Patrick, 2012).

The cumulative proportion of participants to employment outcomes for the first 14 months of both programmes are shown in the graph below:

The graph shows the Flexible New Deal – which itself was introduced during part one of the double-dip recession – achieved better results; the cumulative proportion of job outcomes for the first 14 months using the same methodology was 12.4% against the Work Programme’s 4.5%.

Despite an apparent ‘slow start’, the Flexible New Deal appears to have more rapidly attached the unemployed to 13-week spells of employment than the Work Programme over their respective initial 14-month periods.

It should be noted, however, that over the 23-month life of the Flexible New Deal, contractors were assigned a national target of moving 55% of jobseekers into 13 weeks of employment, and only managed 18.4%. The more modest targets for Work Programme providers were a sensible step, but may, on the basis of the first 14 months, still be unattainable.

There are two important points to recognise in the debate about welfare-to-work:

First, the abandonment of one programme only to replace it with another near-identical ‘reform’ creates unnecessary disruption in the performance of programme providers and in the lives of jobseekers; the former find themselves having to establish a new network of contacts with local employers, and the latter who find themselves during transition periods passed from provider to Jobcentre Plus, and back to a new provider.

Reform for politics’ sake will not cure unemployment.

This assertion is not new; Jamie Peck’s seminal book on welfare-to-work stated in 2001:

“The purchase of the work-first policy package is weakest in precisely those areas where effective welfare-to-work programs are needed most: high unemployment areas.”

Pass it around Whitehall.