As long as Policy Exchange advocate and promote policies to the clear detriment of Northerners, and do not apologise for the past, they won’t deserve a hearing. 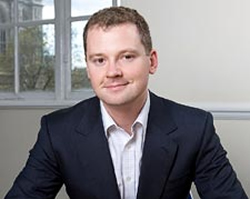 Over the last year right-wing think tank Policy Exchange have been exploring (pdf) how the Conservative Party can win seats in the North of England. They have advised the prime minister to support a range of suggestions that would boost their electoral appeal and become a “new workers party”.

On Saturday its director Neil O’Brien wrote in The Guardian:

“Tory modernisation has not healed the party’s worst wounds. It is still seen as the party of the rich. It does badly in urban areas, particularly outside the south-east.”

O’Brien concludes that Conservatives should:

“…focus ruthlessly on driving down unemployment, helping people earn more, and cutting the cost of living.”

He argues they should accept responsibility for the unemployment blackspots created in the 1980s and direct their political energies towards the North and Midlands.

Higher pay and more jobs in underdeveloped regions would of course be welcomed. Yet what was particularly peculiar about Neil O’Brien’s article was the complete failure to mention the policy his organisation is aggressively pursuing which would be so damaging to the regions the Conservative Party need to widen appeal in.

Over the last year, Policy Exchange have been among the biggest advocates of breaking up national pay bargaining in the public sector as part of Treasury attempts to drive down wages in low pay areas. The overwhelming majority of these areas are to be found outside the South East on England. The impact of such a policy would be to reduce living standards and dampen demand in economies outside of the South East by a considerable margin.

Incomes Data Services have dismantled (pdf) the central premise of their argument that public sector pay ‘crowds out’ private sector growth and the New Economics Foundation (nef) have conducted economic modelling that has identified  an alarming potential cost to jobs and regional economies if this policy were introduced. North East businesses are understandably anxious.

Nef found that, due to reverse multiplier effects, regional and local public sector pay could cost the North East economy up to £761 million a year, just over £1 billion in the North West and £1.5bn in Yorkshire and Humber every 12 months. As well as losing more than £3bn per year those three northern regions would also lose up to 34,000 jobs as a result of this policy and loss of spending power.

Does that sound like a vote-winner for any party?

Unemployment would go up, wages would fall in real terms and living standards would be further squeezed – precisely the opposite of what Neil O’Brien argues for. Public sector workers would lose out but so would private sector workers in spending-sensitive sectors such as retail and hospitality. Working people would pay a high price for this ill-conceived ideological experiment.

To their credit, many elected Conservative politicians in the North also recognise this; Hexham MP Guy Opperman, Carlisle MP John Stevenson, and Penrith’s Rory Stewart have been joined by Linda Arkley, the Conservative elected mayor of North Tyneside, and many councillors in voicing alarm at these proposals. They join a chorus of opposition across the North, Midlands, Wales and the South West against such a divisive, damaging, expensive, impractical, bureaucratic and counter-productive proposal.

Recent polling (pdf) by Survation shows only 19% of voters in the UK want regional or local pay plans for the public sector to go ahead, with 65% of the public wanting them dropped. Regional and local pay has become toxic. Why doesn’t Policy Exchange listen to those Northern Conservatives and voters up and down the country and accept they’ve got this badly wrong? If this weekend’s advice to the Conservatives was sincere then they should now be urging the Treasury to oppose plans for regional or local pay – not encouraging them.

This isn’t the first time Policy Exchange have spectacularly misjudged policies at the expense of the North; in 2008 a notorious report written for them by Dr Tim Leunig damned Northern cities such as Sunderland, Liverpool and Bradford as “beyond revival”. It demanded the Labour government abandoned regeneration and encouraged mass migration to the South East instead.

At the time Leunig’s proposals were condemned by David Cameron, the Conservative Party leader damning the Policy Exchange report as “insane”. Incidentally the “insane” report didn’t stop the coalition government announcing last month they were to employ Leunig as Special Adviser to education secretary Michael Gove.

In Saturday’s Guardian article Neil O’Brien urged David Cameron to apologise for the party’s past ‘cricket team test’ approach to race; there is a parallel and Policy Exchange should join in the apologies. They should apologise for writing off the North four years ago and apologise for trying to drive down pay, reduce demand and destroy jobs here today through regional and local pay.

The North is ambitious for the future. We have a lot to celebrate, a lot to overcome but have a huge contribution to make to the UK’s economic recovery and future. We want all London-based think tanks to better understand and engage with what we have to offer.

Policy Exchange may well have useful ideas for the North of England to consider in years to come; however, until they untangle their current contradictions and apologise for past and recent mistakes, they won’t ever get a hearing in the North. As long as they advocate and promote policies to the clear detriment of Northerners, they won’t deserve one either.

2 Responses to “Policy Exchange owes the North an apology”